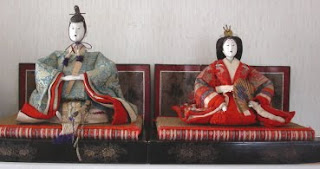 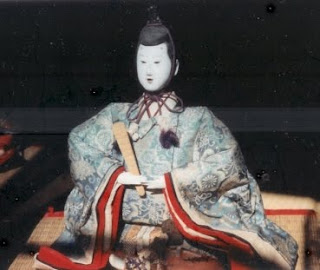 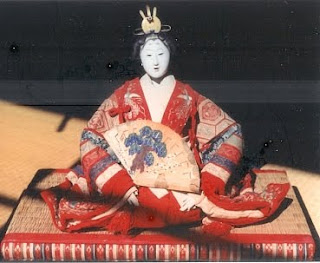 These are my grandmother's Hina dolls made more than 100 years ago in Kyoto. She lived in another area, where Hina dolls were not being made. Their heads and accessories such as a fan are removable and I store them in a empress tree box separately. They have a lot of wear. 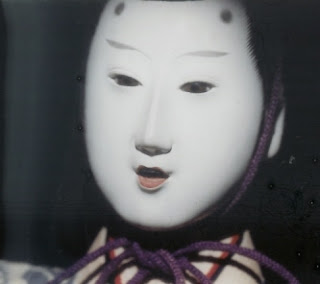 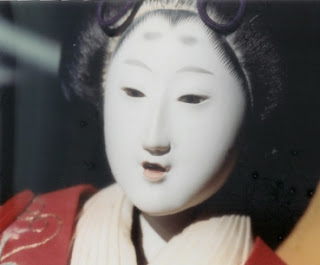 Unlike newer dolls, both of them are dyeing their teeth black.
Ohaguro (お歯黒) is a custom of dyeing one's teeth black. In Japan, married women did it and only aristocratic men of high position were permitted to do it until the Meiji era.
It consists of tannic acid and ferrous acetate, so it also helped to prevent cavities and slow the progression of them. Now many dentists use the topical fluoride that were developed through it. 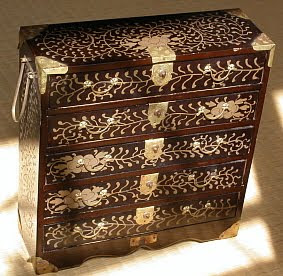 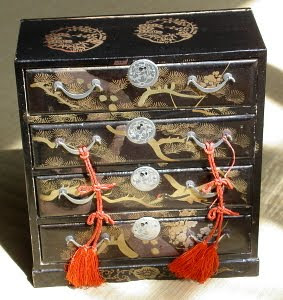 Miniature lacquered chests of drawers. They were also made in Kyoto. One of them has two long loops on either side. Running a stick through two loops, two men can carry the chest on their shoulders. Newer chests doesn't have them. 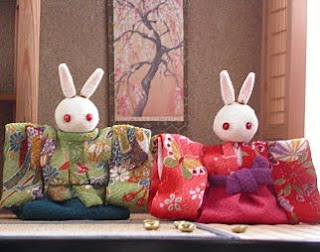 Here are rabbit Hina dolls designed by Kyoko Tatewaki. I made them quite a long while ago.