On May 17, cherry blossoms reached full bloom in Sapporo, Hokkaido. This is ten days later than usual. In Hokkaido, several areas including wakkanai, abashiri, kushiro are expecting the blossoms to bloom on May 20.
On May 14, the Okinawa Meteorological Observatory announced that this year's rainy season had started in Okinawa area.
The Azuma Odori(東をどり) is being held in the Shinbashi Enbujo Theater(新橋演舞場) in Tokyo from May 17th to the 20th. It'a Japanese dance performance performed by geisha of Shinbashi.
Their performances were given for an hour and a half three times a day and the admission is between 7,500 and 2,500 yen. Its tickets are available via the Internet, by phone, at the box office.

Visitors who have bought tea tickets can enjoy powdered green tea made by geisha at the lobby before the performances and during the intermission. They also sell souvenirs. Visitors can take photos with them.

It started to show their performance to regular patrons of high-class Japanese-style restaurants called ryotei(料亭) in 1925. "Ryotei" sounds too classy.
Now boxed lunches made by six high-class ryotei are available at the theater. (Reservations are necessary.)

In the Edo Period, Noh actors had been under the aegis of the Tokugawa shogunate. Residences were bestowed on Noh actors of the Konparu school by the shogunate in Ginza. Many masters of Tokiwazu (Theatrical music) also lived around the residences. Shinbashi geisha were said to have started in 1857 when one of them attended drinking parties as a geisha.  Shinbashi was the name of a bridge which existed in Ginza, and the area around the bridge was also called Shinbashi.

In recent years, the show has become an introduction to the geisha culture. There were about 1,000 performers including geisha, dancers, singers, shamisen players in the world of the Geisha in Shinbashi at its peak but there are approximately 60 today.

Kanda Festival(神田祭) is being held at Kanda Myoujin(神田明神, formerly 神田神社 Kanda Shrine) from May 9 to 15. Kanda Festival and Sanno Matsuri Festival(山王祭) at Hie Shrine(日枝神社) are held in alternate years.

The Kanda Festival was cancelled due to the Great East Japan Earthquake in 2011, so this is its first holding in four years.

From 8:30 a.m. on May 12, this festival will be broadcast live at http://kanda-ch.blog.ocn.ne.jp/ (Japanese version only)

Although Masakado was enshrined in the shrine in 1309, the shrine stopped to worship his spirit in the Meiji Period because he was an enemy of the court. The divided deity Sukunahiko no Mikoto was transferred from an shrine in Ibaraki Prefecture to Kanda Shrine in 1869. Masakado was enshrined in the shrine again in 1984.
They are affectionately called 'Daikoku-sama', 'Ebisu-sama', 'Masakado-sama'.

Horen(鳳輦) is a wheeled portable shrine ornamented on top with a miniature of a Chinese phoenix. Mikoshi(神輿) is a divine palanquin.

Horen for Onamuchi no Mikoto


Mikoshi for Sukunahiko no Mikoto


Horen for Taira no Masakado no Mikoto

In the evening of May 9, the spirits of the three deities were transferred to mikoshi and horen at the shrine.

On May 11, the procession including the three deities' mikoshi and horen started from the shrine around 8 a.m. after Shinto rituals and passed through the towns of shrine parishioners. On the way, Shinto rituals took place at Masakado-zuka, the site where there was once an okariya.


Around 4:30 p.m., Tsuke-matsuri joined the procession in front of Mitsukoshi's flagship store in Nihonbashi.

Around 7 p.m., the large procession returned to the shrine, and five mikoshi were carried into the precincts of Kanda Shrine.

This float was the main feature of the parade in the Edo Period.  The parade features newly-reconstructed one.  Three legends pertaining to oni(ogre) extermination in Mt. Oe(大江山, Oeyama) have been passed on.

﻿﻿
Oeyama-gaijin, the head of oni

This float was popular in the Edo Period. There was the popular superstition that earthquakes are caused by underground activities of a big catfish. The tradition that a deity seals in a big catfish with Kaname-ishi was widespread.
﻿

The float of Hanasaka-jiisan (The Old Man Who Made Flowers Blossom) appeared this year.

elephant
Various events are held at the shrine.

A doll on this float is a deity appearing in a noh play 'Kamo'. A float of the Edo Period has been reproduced.

On May 12, over 50 mikoshi will be carried into the precincts of the shrine.


On May 14, there will be a ceremony of Kencha (tea offering to deities), and a noh play will be performed at the shrine.

On May 15, the annual grand festival will be held. This ritual is most important to the shrine.
投稿者 ichinen 時刻: 2:29 AM No comments: 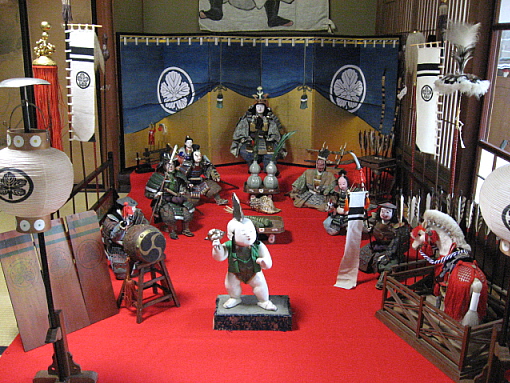 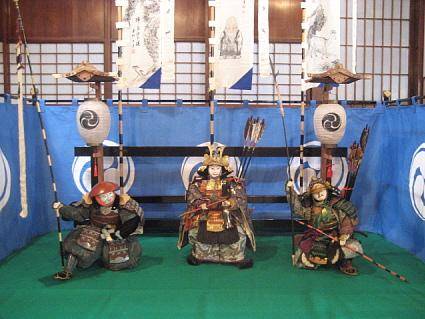 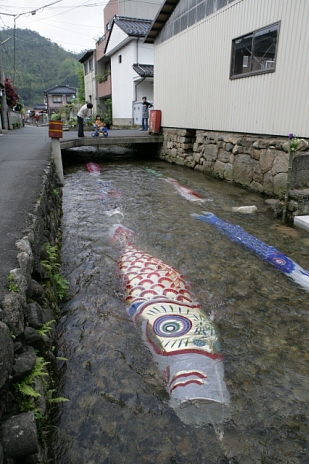 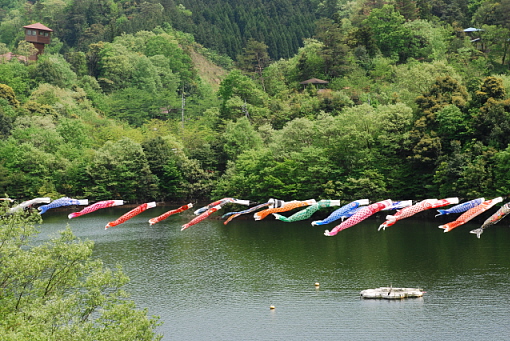 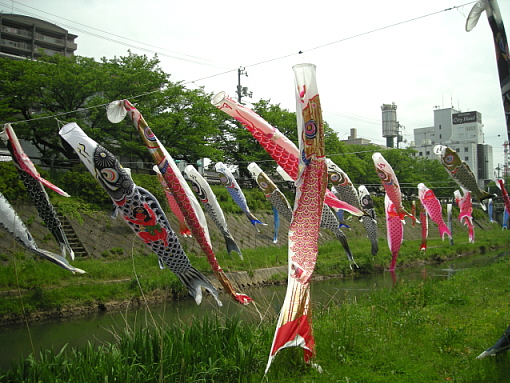