Ceremony of the First Karuta Play of the New Year is held on January 3rd at Yasaka-jinja Shrine(八坂神社) in Kyoto and on January 8th at Omi Jingu Shrine.

This alphabet is also a poem which consists of 47 different letters.

This poem have several possible meanings. One of them is as follows.

The petals fall after blooming.
Everything changes in this world.
I got over a steep mountain in my life today.
I don't want to dream an empty dream when being sober. 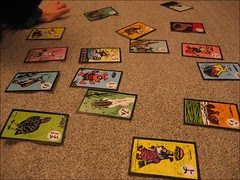 
Iroha-garuta cards for reading and taking 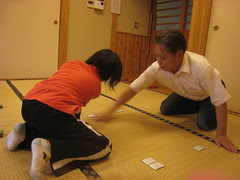 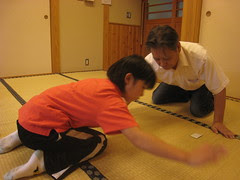 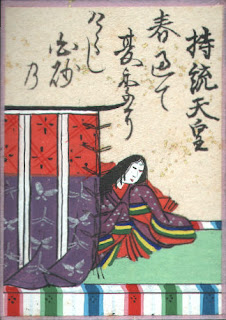 in the late Edo period

Only the upper poem is written on cards made in the Edo Period.