Shichi Go San(七五三:The Seven-Five-Three Festival) is a traditional event to celebrate children's growth and pray for their future good health.  Around November 15th, 3-year-old boys and girls, 5-year-old boys and 7-year-old girls in formal dress such as kimono are taken by parents to a shrine. 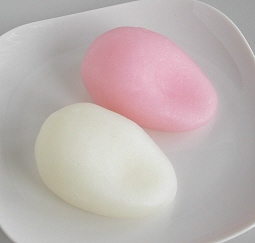 A harvest festival named Tokanya(十日夜) is held in the north part of Japan on the 10th day in the 10th month in the lunar calendar (corresponding to November 15th this year).  The god of rice paddy goes back to the mountain on the day after harvesting of the rice. It is said that Tokanya is one of the three major days for moon-viewing along with Jugoya and Jusanya.
投稿者 ichinen 時刻: 11:44 PM