the first day of winter and the Cock Fair

Today is the first day of winter(立冬,rittou), which is one of the 24 solar terms in traditional East Asian lunisolar calendars.

In the Edo Period, kumade(竹把, 熊手:bamboo rake), awa-mochi(粟餅) and imogashira(芋魁, 芋頭) were popular as auspicious objects to wish for the safety of families and success in business at the fair. 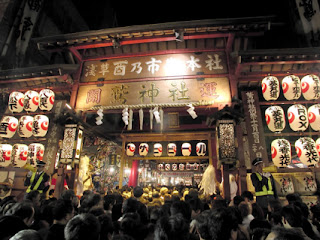 Tori no Ichi Fair at Asakusa started at the stroke of the midnight on November 7th this year. A lot of decprated bamboo rakes are sold at the fair. They are regarded as a tool for raking good luck. 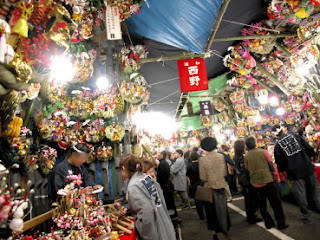 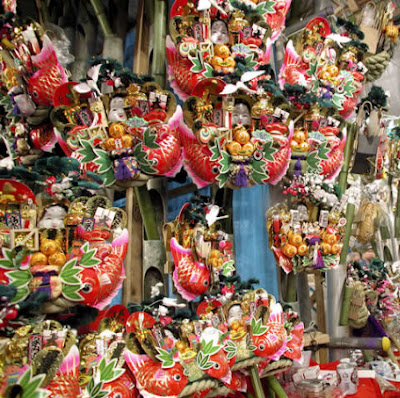 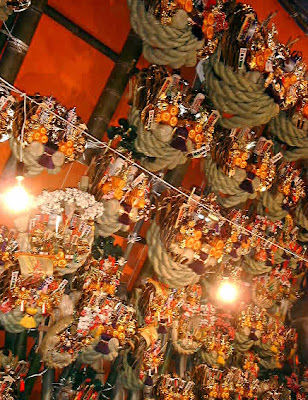 decorated bamboo rakes at the Otori Shrine at Sugamo 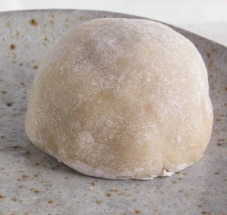 This is about the same confection as awa-mochi. Awa means foxtail millet. Awa-mochi is a soft rice cake containing grains of foxtail millet and is filled with adzuki bean paste. Awa-mochi is also known as kogane-mochi(黄金餅:golden rice cakes) because awa's yellow color is associated with gold.
Foxtail millet used to be cultivated as substitute for rice, but it came to be cooked with rice as expensive nutrient-rich food now. Awa-mochi is not available at the fair in Asakusa. 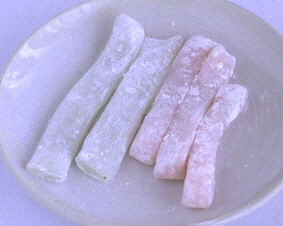 Now kirizansho(切山椒) is well known as a specialty of the fair. Kirizansho is a rice cake containing sansho(山椒 Sichuan pepper, Zanthoxylum piperitum). Its name comes from being cut into long sticks. It's one of New Year's confections. 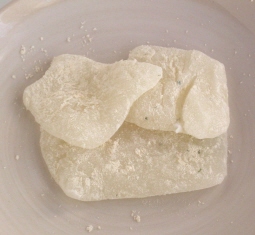 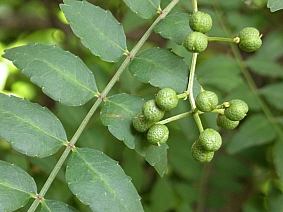 Imogashira means tou-no-imo(唐の芋), which is a kind of taro. It was also called kashira-no-imo(頭の芋) that means the head of taros, so people ate its corm in the hope that they would become a leader as it.
投稿者 ichinen 時刻: 10:55 PM