Today was the second day of the cock in November, so Tori no Ichi(酉の市:the Cock Fair) was held at the Otori Shrines.
Many shrines held Ebisu-kou on November 19th and 20th. 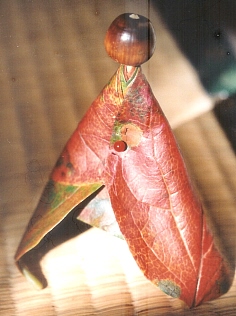 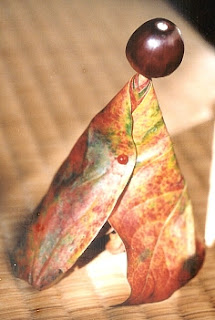 acorn head and layered kimono made of kaki leaves


Many Asiatic black bears(月輪熊, Tsukinowa-guma) have been found in and around human settlements in Japan this autumn.  It is thought to be due to poor acorn crop, bear's lacking a feeling of fear of humans, deserted border areas between mountain foothills and arable land. In the areas, bears got a taste for unharvested chestnuts or kaki. Many bears are quite fearless about humans due to a decrease in hunters. Tsukinowa-guma literally means "crescent bear."

There was a good crop of mushrooms this year. Poisonous mushrooms became a problem. 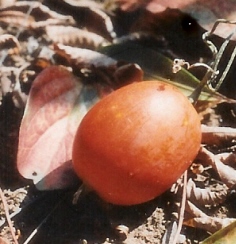 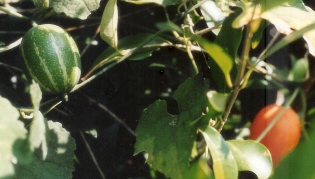 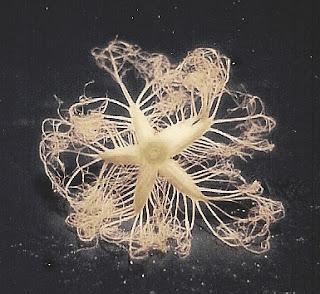 Karasu-uri flowers come out in the twilight around the end of July because they are pollinated by moths. 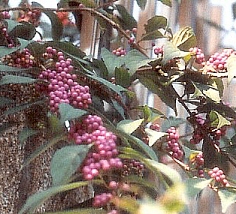 Japanese Beautyberry (紫式部, Murasaki-shikibu)
Murasaki-shikibu is the author of "The Tale of Genji", and Murasaki also means purple. So this plant was named after its color. 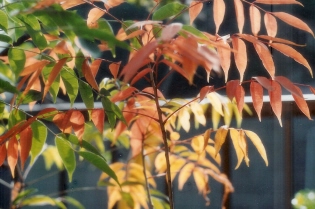 The colored leaves of this plant is beautiful, but I got poison ivy from this plant belonging to a sumac family. 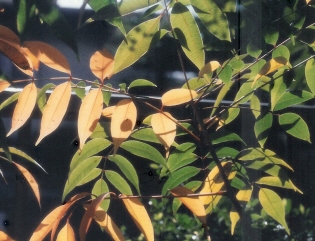 Email ThisBlogThis!Share to TwitterShare to FacebookShare to Pinterest
ラベル: plants