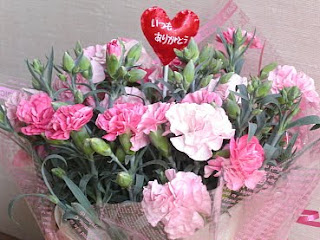 Carnations are the symbol for Mother's Day in Japan as well. Recently, "Mother's Day boxed lunches" made by exclusive restaurants became popular. The special boxed lunches ranged from 2,500 to 3,000 yen are selling well. 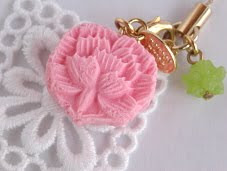 A cell-phone strap in the shape of carnation, which is formed in a mold for dry confectionery. 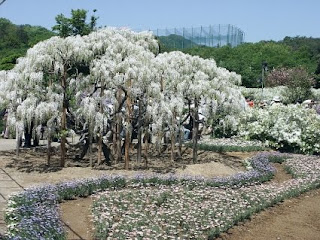 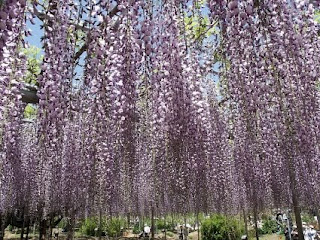 Japanese wisterias at Ashikaga Flower Park in Ashikaga City, Tochigi Prefecture are now at their peak. The wisterias began blooming later than usual because of coldness in April. Usually, Golden Week holidays are the best time to view their blossoms.
投稿者 ichinen 時刻: 11:10 PM