Coming of Age Day (成人の日:Seijin-no-Hi)
The second Monday of January, 11th this year, is a national holiday called Coming-of-Age Day in Japan. Coming-of-age ceremonies are held all over Japan. The ceremonies by upper-class people date back centuries.

We can see many women wearing long-sleeved kimono called furisode on this day. When wearing a furisode, we used to tie obi(帯) in the back with a bow like this doll. The bow is called fukurasuzume(福良雀:full sparrow) because it looks like a sparrow with spread out wings. A sparrow fluffed up its feathers to keep out the cold with warm air. Its full figure is associated with prosperity. 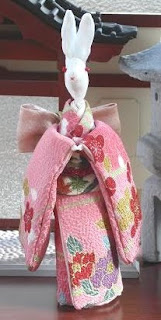 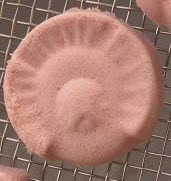 This is a homemade dry confection called rakugan(落雁) in the shape of fukurasuzume.

The Eurasian Tree Sparrow is the most familiar bird to the Japanese. Although the sparrow eats crop pest, it eats grains of rice during the harvest. So it has both a good and a negative image.

a sparrow has a good image in the well-known haiku poems written by Kobayashi Issa(1763-1828).
雀の子 そこのけそこのけ お馬がとおる
"Young sparrow, clear the way, toy horse comes by"
われと来て 遊べや 親のない雀
"Come and play with me, orphan sparrow"
"a sparrow" is a seasonal word of spring in haiku. As a child, I used to take care of a baby sparrow that dropped out of the nest.

Meanwhile grilled sparrows are eaten in some areas. The folk tale called "The Sparrow's Inn" does not judge a sparrow as right or wrong. One year is a typical lifespan of the tree sparrow in Japan. Recently its population has decreased sharply.

鏡開き(Kagami-Biraki)
On January 11th New Year's rice cakes(Kagami-mochi) are cooked and served with stewed red beans and sugar. I use homemade tsubu-an(つぶ餡) which is made by mixing boiled adzuki beans and sugar,retaining the original form of beans. The an(餡) can freeze well. 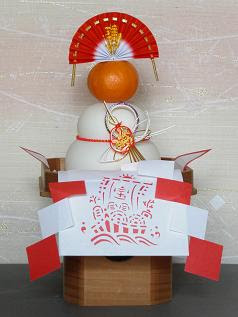 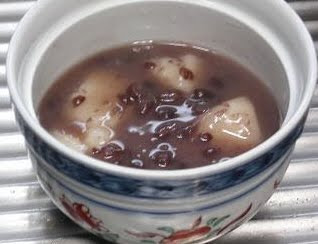