The Festival of the Age and the Fire Festival in Kurama

I heard that the typhoon No.13(Megi) caused considerable damage in Taiwan. I express my sympathy for people in Taiwan. Reconstruction works and rescue operations went into full swing.
An elderly woman said that she escaped surging water by hanging onto her childhood friend's grave. (Many Japanese gravestones are shaped like a low square pole.)
Two festivals were held in Kyoto on October 22nd. 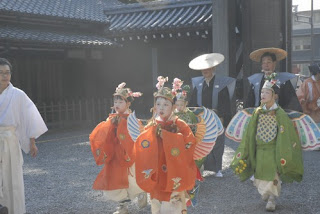 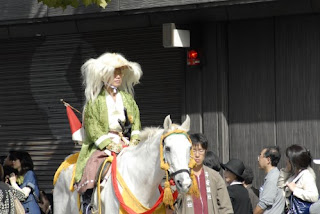 One is the Jidai Matsuri(時代祭:the Festival of the Age), which dates back to around 1895, when the Heian Shrine (平安神宮, Heian jingu) was built to commemorate Kyoto's 1,100th anniversary as Japan's capital. On the 22th day of the 10th month in 794, the Emperor Kanmu moved Japan's capital from Nagaoka-kyo(長岡京) to Heian-kyo(平安京, now the center of Kyoto).

About 2,000 citizens dressed in historical costumes parade from the Imperial Palace to Heian Shrine in a two-kilometer procession. The costumes are precise reproductions of the ones dating from the end of the eighth century to the Meiji Restoration in 1868. Originally, the costume parade started to set the mood for the festival. 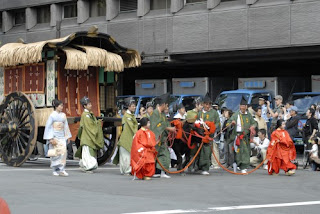 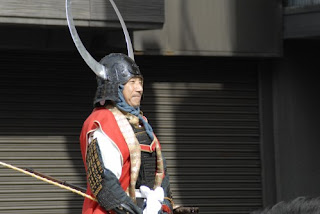 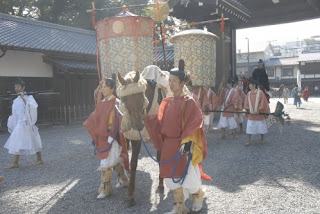 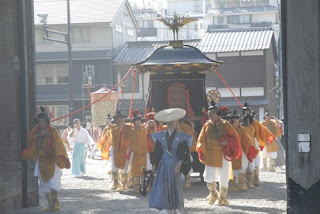 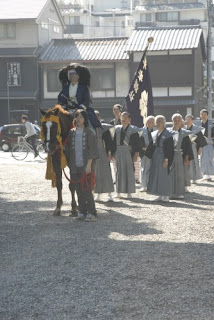 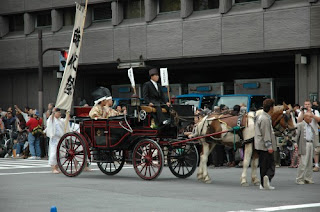 The other is Kurama no Himatsuri(鞍馬の火祭: the Fire Festival in Kurama), which is an annual festival held at Yuki Shrine(由岐神社, Yuki Jinja) at Kurama(鞍馬) in Kyoto. The festival comes from the relocation of the shrine to Kurama. The Emperor Suzaku moved the shrine to long for peace and quiet after a series of disasters and rebellions in 940. The carriers of religious instruments went in procession to Kurama, holding up torches. 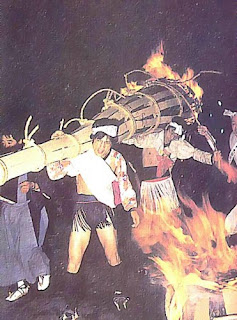