Three people have died from mudslides in Amami area. The rain eased off, but many mudslides tied up telephone lines. So the extent of the damage has yet to be determined.


A new international terminal building at Tokyo's Haneda Airport has been opened today. The building has 20 restaurants and 22 shops including a cafe with a planetarium, stores that sell merchandise based on Japanese characters such as Hello Kitty. An 'Edo period street' has been reproduced on its 4th floor.
Regular international flight services at the airport will start on October 31st.

The flowers used to be considered a symbol of longevity.  The chrysanthemum is used in the Imperial Crest.
In the Edo Peried, the exhibitions of chrysanthemum were held on the day of Double Ninth Festival. Art lovers or high-ranking domestic servants who served the wives of shoguns or feudal lords sent chrysanthemum flowers to the exhibitions to win a prize. 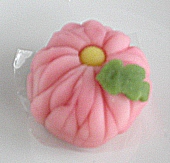 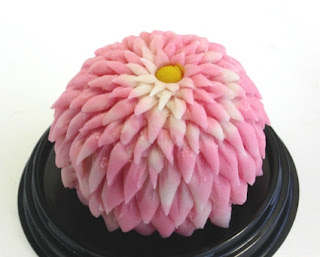 Hasami-giku(はさみ菊)
Hasami means a scissor. We use this scissor only to make petals of a chrysanthemum by making equally spaced cuts in this confection. It resembles a Japanese-style scissor for sewing. It's a tool for professional use, so it's expensive. 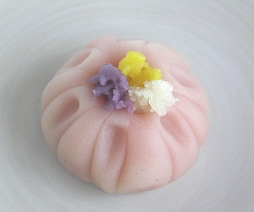 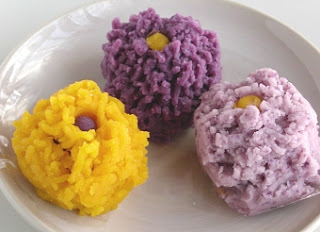 Kikkaten(菊花展: the exhibition of chrysanthemum )

Purple one is made of purple sweet potatoes.