Double Ninth Festival or Double Yang Festival(重陽の節句,Chouyo-no-sekku) originated from a Chinese custom was celebrated on the 9th day of the 9th month in the lunar calendar(corresponding to October 16th this year). It's called the festival in chrysanthemum flower season.


Odd numbers are regarded as active(陽, yang or yo: a traditional Chinese spiritual concept) in China.  The ninth day of the ninth month (or double nine) is regarded as a sinister day because  the day has too much yang.

People had the custom of climbing up a hill or high building with their family and drinking chrysanthemum wine to drive away evil spirits and pray for longevity on the 9th day of the 9th month in the lunar calendar. Now this became a minor custom in Japan.

The following poem was written by Du Fu(杜甫, Chinese famous poet) when he stood a high place on the the 9th day of the 9th month in the lunar calendar in 766. I read this poem in my high school text book, and I'm fond of it.

the same poem translated into Japanese:

"The winds harshly blow, I feel that a clear sky is very high, I can hear the wail of monkeys.
I can see the beach with clear water, its sands are white, a bird is flapping about there.
Leaves continuously fall from boundless trees, I hear them rustling.
The inexhaustible Yangtze River(or Chang Jiang, 長江) rush by.
I've been far away from home for so long and also been a perpetual traveler in foreign lands.
I've been prone to illness and climb up all alone now.
I harbor resentment toward trials and tribulations that made my sideburns turned frosty.
A sense of hopelessness made me spiritless.
In addition, I was forced to give up drinking because of illness."


It's hard for me to translate this poem satisfactorily into English.  I suppose you can get the English translation of this very famous poem.

This poem reminds me of Georges Moustaki's "Ma Solitude".
"I have lived with my solitude for too long, so my solitude keeps me from feeling lonely."

"Manyo-shu(Collection of Ten Thousand Leaves)" was realized in the late eighth century and includes approximately 4,500 poems written by people from every walk of life from different regions of Japan over a period of about 300 years. It includes the poems of many women such as empresses, aristocratic ladies and wives of front-line soldiers.

In the Heian period(794 to 1185), many women were active as writers. They were not professional writers, but Murasaki Shikibu (紫式部) hired on as a private tutor of Fujiwara no Michinaga's daughter in recognition of her "The Tale of Genji". 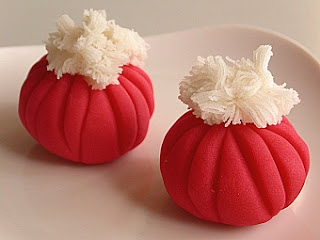