The 64th Japan Traditional Kogei Exhibition(日本伝統工芸展) is taking place at Mitsukoshi department store in Tokyo from September 20 to October 2. The exhibition requires the applicants to create sophisticated design based on high degree of professional skill in Japanese traditional techniques. The exhibition's winning works are available in each venue, but their prices are not indicated.

The Exhibition will travel through the following venues: 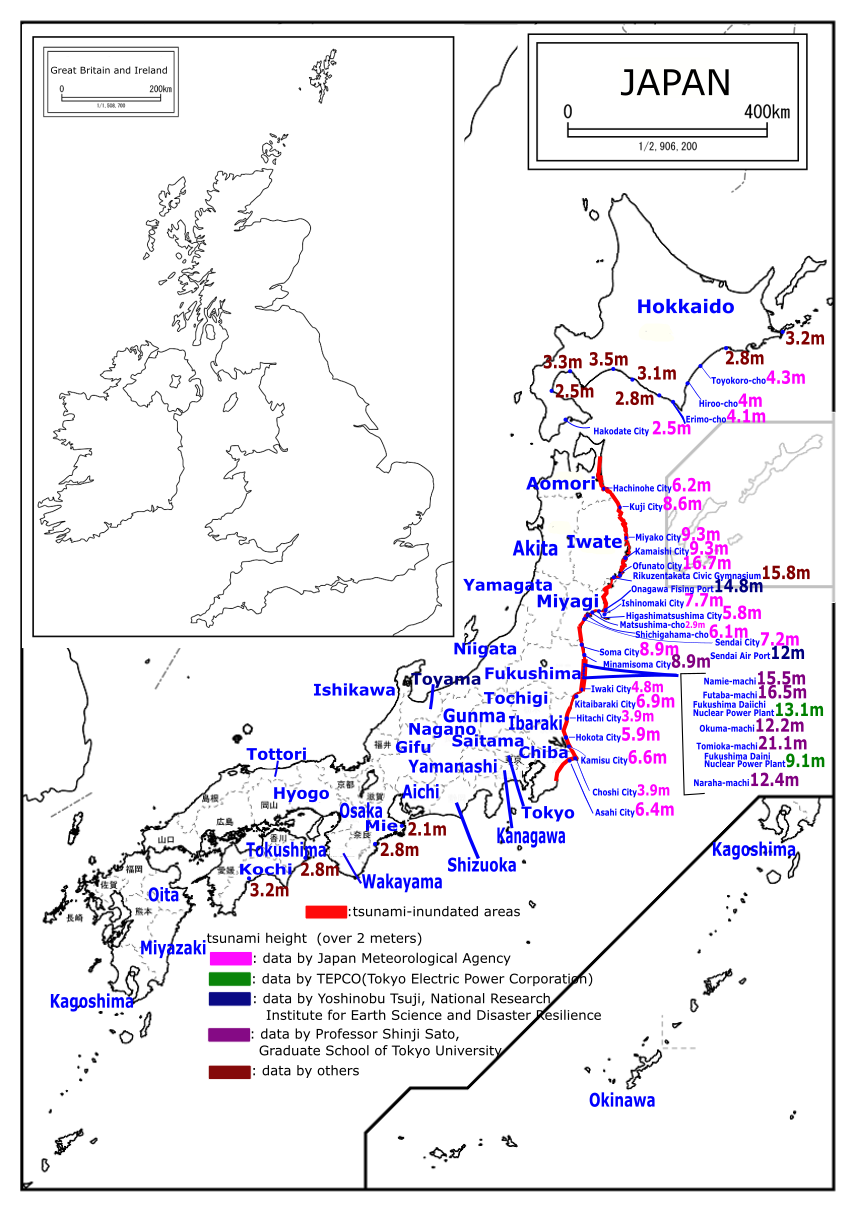 White lines of drift ice had been spotted off the coast of Wakkanai on January 25, according to the Wakkanai Local Meteorological Observatory. The ice came 19 days earlier than usual. Abashiri Local Meteorological Observatory reported this year's first drift ice came into view off the Abashiri coast On January 31 ten days later than usual and the ice became attached to the land on February 2.


Monbetu City announced that the ice became attached to the land on February 3.

Drift ice can usually be seen from January until early April. its peak season is February. Today seasonal ice drift in Hokkaido attract many tourists with Icebreaker cruises, guided tours to walk and swim in the icy ocean.


However observations of drift ice started to ensure the safety of navigation. Sea ice is a barrier to shipping, and making it impossible for fishing vessels to access fishing grounds. Abashiri Weather Station(current Abashiri Local Meteorological Observatory) has observed drift ice since 1892. The Ice Information Center by 1st Regional Coast Guard Headquarters provides information about drift ice in coastal waters off northeastern Hokkaido.


On the other hand, drift ice is the key driver of the coastal waters' ecosystem. Fresh water of the Amur River flows into the surface layer of the Sea of Okhotsk. Suraface sea water diluted with river water freezes more easily than ordinary sea water. Salt gets left in the liquid as salt water starts to freeze. The concentrated salt water sinks to the ocean bottom resulting in a mixing of the layers. Dense salt waters bring cold, nutrient-rich deep waters to the ocean surface, replacing nutrient-depleted surface water. The nutrient-rich upwelled water fosters the intense growth of phytoplankton called ice algae, which live in and under the drift ice is the foundation of the bountiful marine food web. Krill feeds on phytoplankton that grows on the underside of sea ice and provides an important food source for sea creatures.

Clione limacina, known as sea angel, are carried to the Sea of Okhotsk by the northern coast of Hokkaido, clinging to the undersides of the ice. Its earliest-stage larvae feed on phytoplankton and adults feed exclusively on a small herbivorous sea snail, Limacina helicina. They are pray for salmons. Visitors can also see them at the Okhotsk Ryuhyo(drift ice) Museum (https://www.ryuhyokan.com/)

Ice Floe and Bird Watching Cruise from Rausu on the eastern side of the Shiretoko Peninsula:
http://www.e-shiretoko.com/

Drift Ice Walking Tour in Utoro, Shari on western side of the Shiretoko Peninsula:
http://www.shinra.or.jp/ryuhyo_walk.html
http://kamuiwakka.jp/

What do you associate with Japanese festivals?

I see barely clothed men run in my head... They run, compete for something, soak in the cold water even in winter. Of course there are many different types of Japanese festivals.

Tamatori-sai, known as Tamaseseri, is an annual Shinto ritual held at Hakozakigu Shrine, Fukuoka Prefecture on January 3rd. It dates back to 500 years. Two groups compete for a sacred wooden ball, which is believed to bring good luck to those who touched it. 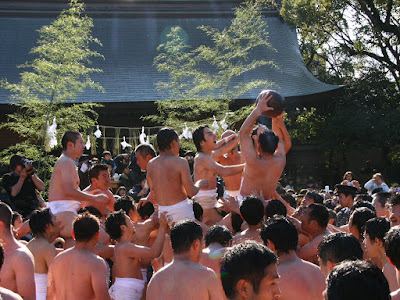 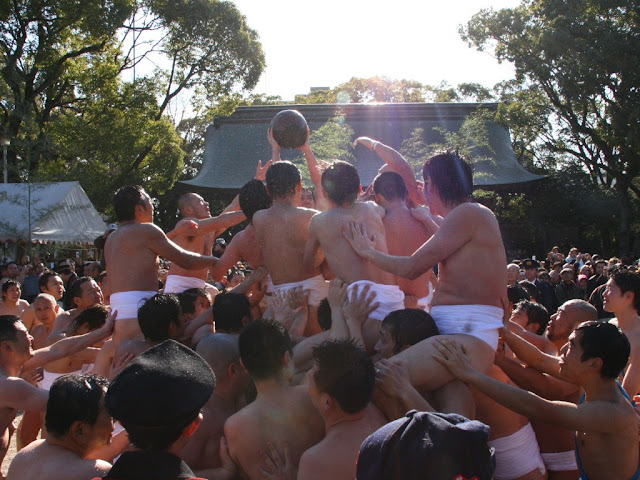 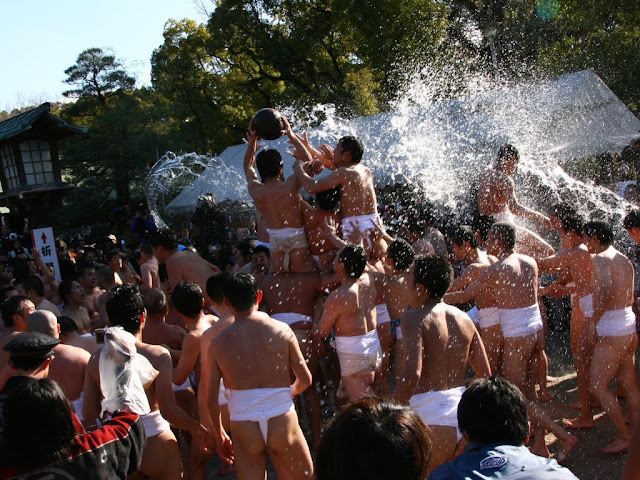 Water is showered on participators. 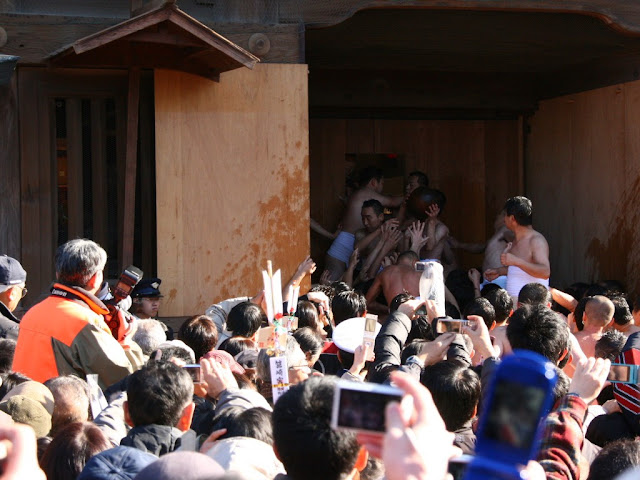 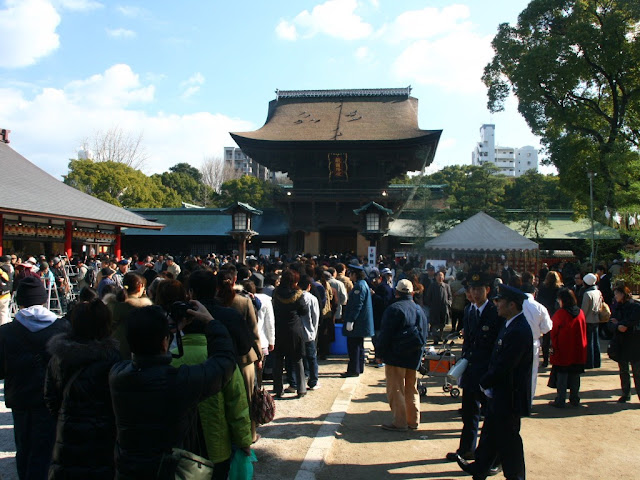 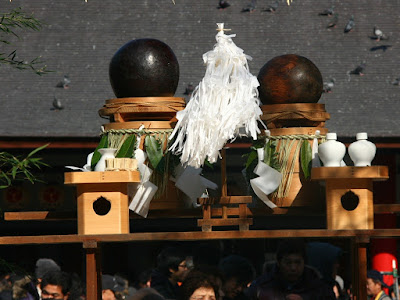 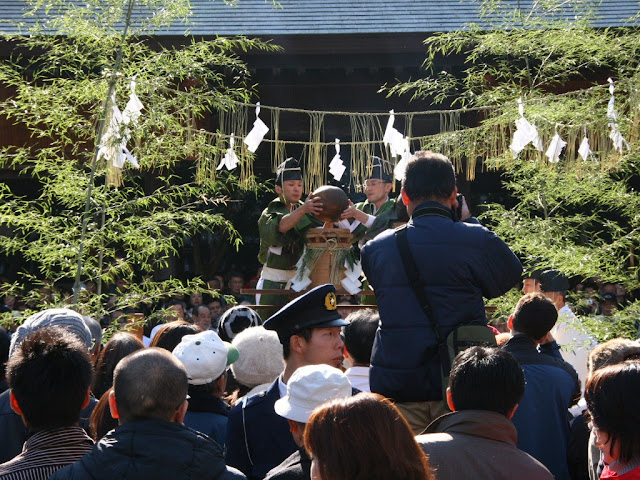 It's a nice sunny and calm day in Yokohama.
Best wishes for a safe New Year.

2017 is the Year of the Rooster according to the Chinese zodiac. Each of the 12 Chinese zodiac signs is related to a characteristic animal.


It is said to be particularly good luck to dream of Mt. Fuji, a hawk or an eggplant in the first night of the year. 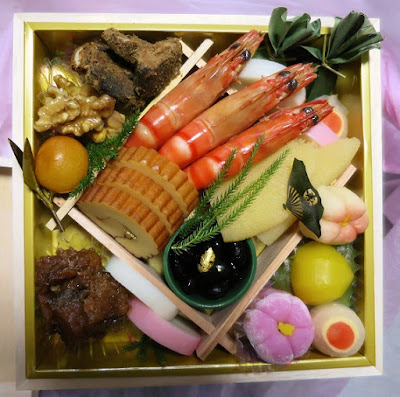 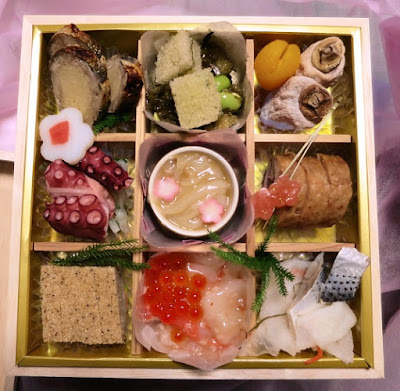 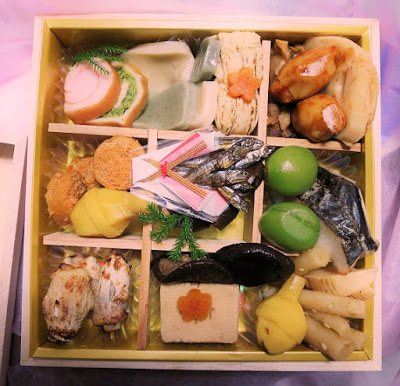 We eat soup called ozouni(お雑煮) containing vegetables and rice cakes for New Year's Day. Its contents used to be offerings to gods. The soup is cooked in various ways according to regional custom.

The deity of the year bringing a good harvest goes down from the sky to New Year's pine and bamboo decorations or New Year pine decorations.

This small shrine has several old Japanese cedar trees including 1000-year-old one.