The Government has established a policy to relax standards for certifying A-bomb victims. Even now, we haven't been able to grasp the whole situation about effects of the atomic bomb.

On Uji River, Cormorant fishing is being held from June 15 to September 23. 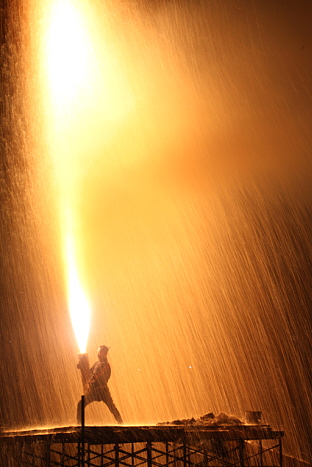 Tezutu hanabi(手筒花火, arm held fireworks) are often performed in Aichi and Shizuoka prefectures. Most of the traditional performances are dedicated to the deities of shinto shrines. Fireworks holders are not pyrotechnicians but local people. They do everything from making to display of fireworks by themselves. They are fully aware of burns risk, and suffer a minor burn. After the members of a local volunteer group pray for their safe performance at the Sakurayama Hachimangu Shrine, they perform tezutu hanabi to drive away evil on the Miyagawa River. The members are between the ages of 20 and 70 including a public employee, a stay-at-home wife, drivers, a massage therapist, a company president, a sushi chef, a landlord of an inn, a female nursery school teacher, a French chef, a ski racer. 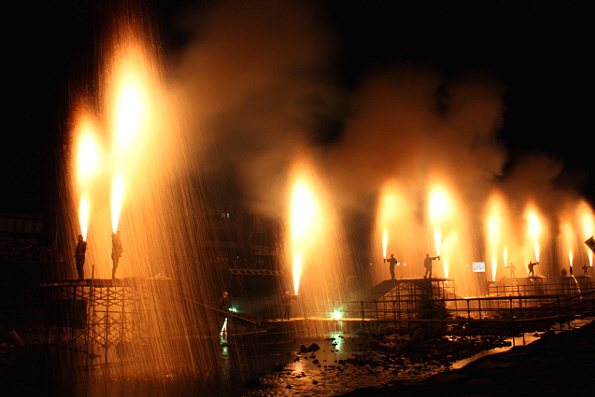 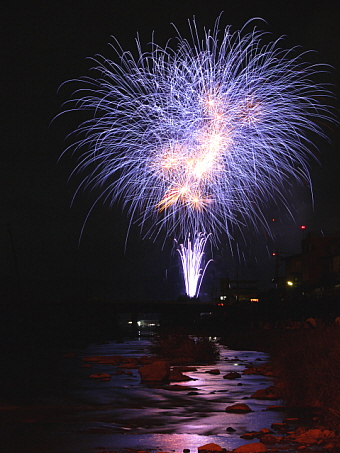 For your information, Hida Takayama Fireworks Festival was held on July 31. About 2,000 fireworks were launched. 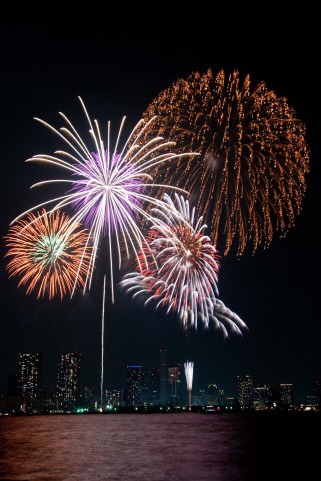 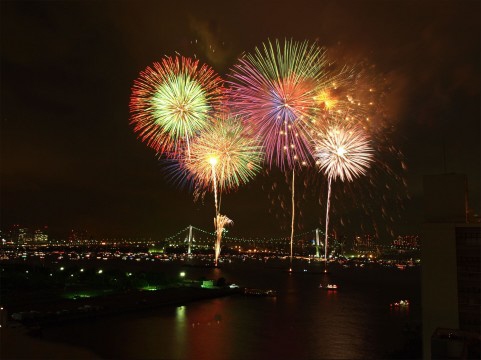 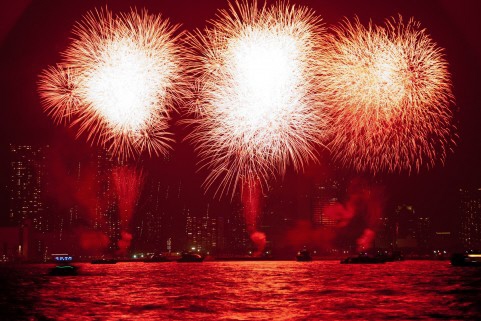 There are three types of water fireworks.

(1) Fireworks are launched from a beach or breakwater into the sea.
(2) Fireworks on the water burst by igniting a long fuse.
(3) A pyrotechnician on the boat throws one ignited firework after another into the sea while moving at high speed. The boat rushes away not to get involved in its burst.


Spark falls into the sea.