Japan's oldest fireworks festival was held along the Sumida River in 1733 as part of a ceremony to pray for the victims of the great famine in 1732 and to drive away the evil disease.

Japanese round shell(traditional type) has the following three characteristics.

For more information about the features of Japanese fireworks at http://ichinen-fourseasonsinjapan.blogspot.jp/2011/09/fireworks-festivals.html

The festival dates back to 1733. It was suspended for some period in the past.
The river is surrounded by an overcrowded area, so the size of shells are restricted.
A fireworks competition is also held at the 1st venue.
This festival is broadcast live every year.
After the fireworks display, pyrotechnicians drop down the Sumida River waving lights.
Many people in buildings along the river wave their penlights, saying "Thank you!" or "You did a fine job!"

This year, TV personalities were absolutely soaked to the skin. The downpour soaked many audience members in yukata. The fireworks competition was not held.

It's one of the largest fireworks festivals in Japan. The festival started to offer prayers for the Nagaoka air-raid victims.
The festival reminds me of a torn paper collage named "Nagaoka no Hanabi(fireworks in Nagaoka)" by Kiyoshi Yamashita(山下 清, 1922-1971). He is a famous Japanese painter.
He had a mild speech impediment and a mild intellectual disability.
He is famous for his wanderings throughout Japan. However, he didn't produce images while traveling. He created his works based only on his memories after returning from his wanderings. He is often considered an autistic savant. 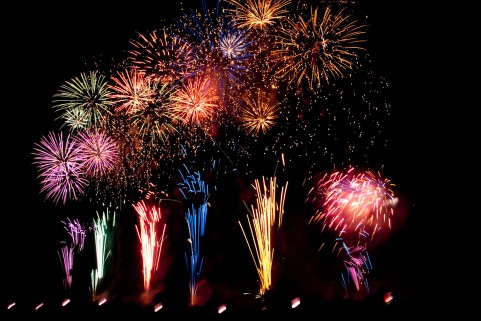 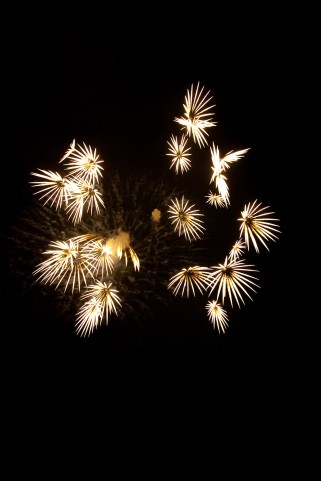 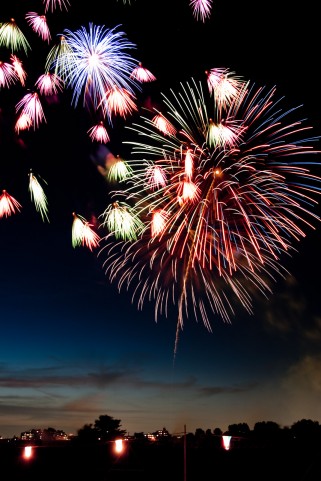 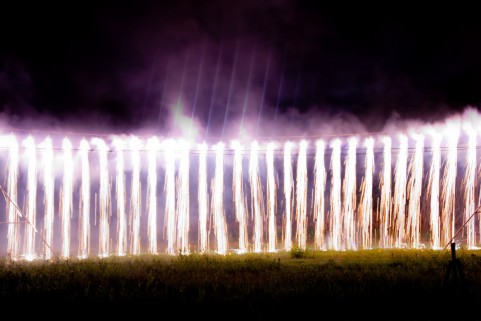 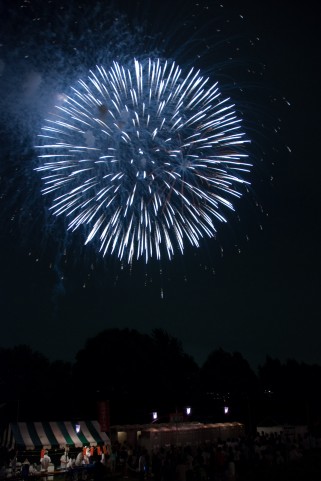 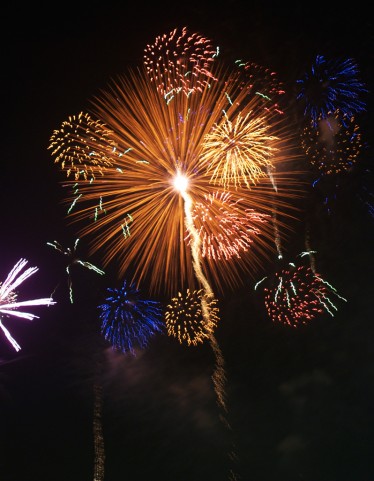 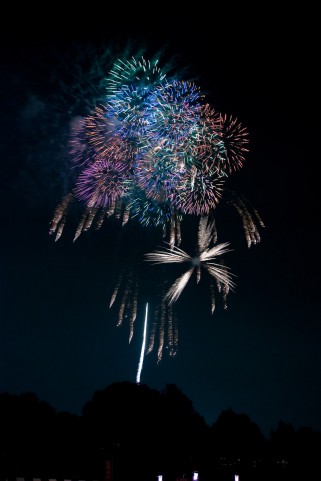 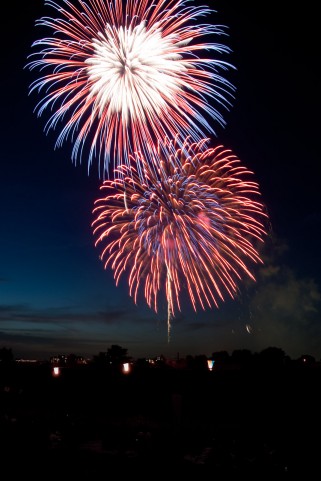 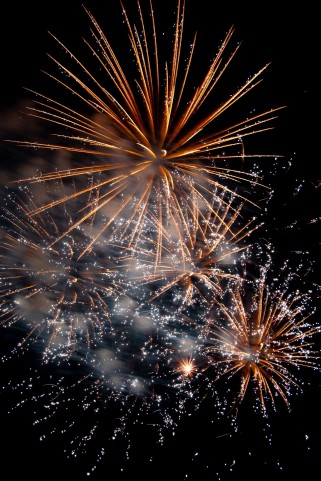 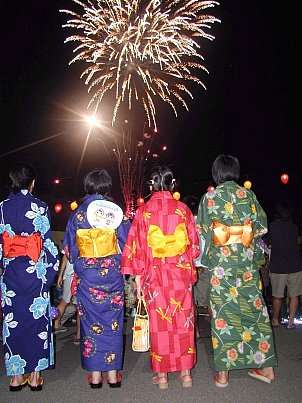 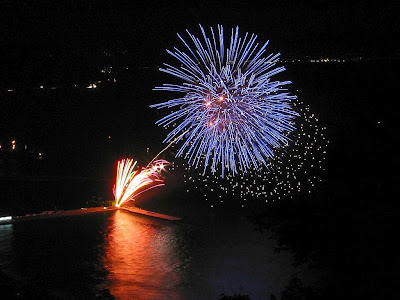 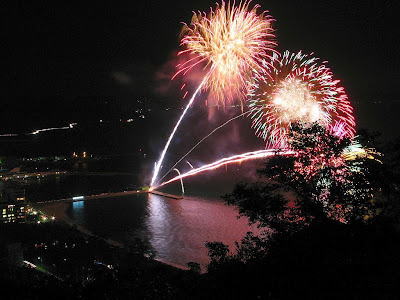 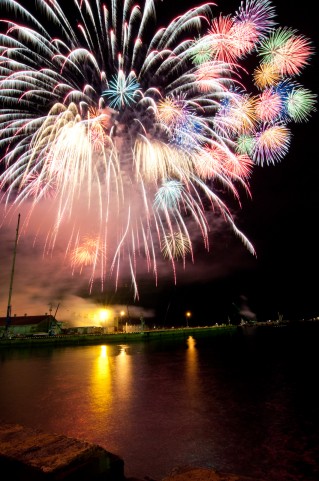