The cherry blossoms are in full bloom at Hirosaki Park in Aomori Prefecture and at Tsuruga-jo Castle in Fukushima Prefecture.

Meanwhile, the rainy season started in Okinawa on April 30th.

We are on holidays called Golden Week that refers to the period from April 29th to May 5th including four national holidays.

The travel industry experienced a huge drop in business since the quake and tsunami. Especially, some areas such as Aizuwakamatsu City has been still suffering from the harmful rumor. The city is located in Fukushima Prefecture, but the city has not been affected by radioactivity.

Some tourist spots in Tohoku Region such as Hirosaki Park and Tsuruga-jo Castle are being crowded with tourists. Many people are traveling in Tohoku Region to support people in Tohoku.
It encouraged this trend that the entire portion of the Tohoku Shinkansen line reopened on April 29th. 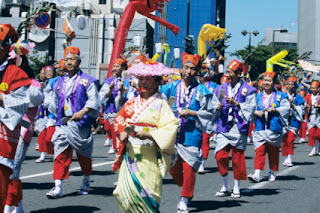 Hakata Dontaku is an annual festival held on May 3rd and 4th in Hakata in Fukuoka Prefecture. The festival attracts more than 2 million tourists every year.

The name Dontaku comes from the Dutch word Zondag, meaning Sunday or holiday. 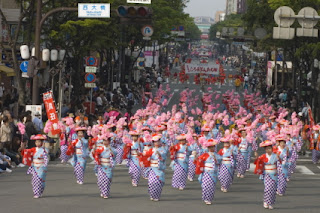 The festival dates back to the end of the 12th century. Originally, it was a performance to celebrate the New Year. men dressed up as the three gods of Good Luck, children in traditional attire and people called Torimon(通りもん) performed. Torimon march along the street, playing festival music with shamisen, flutes and drums. 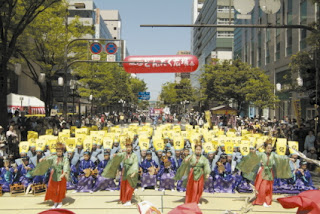 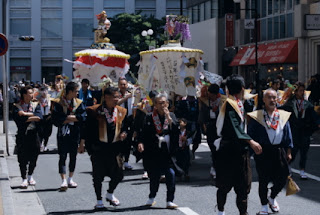 Daikokuten(大黒天) - one of the gods of Good Luck 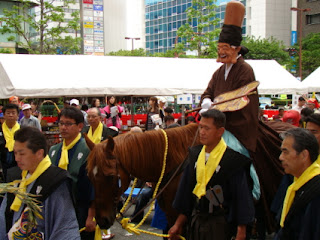 Fukurokuju(福禄寿) - one of the gods of Good Luck 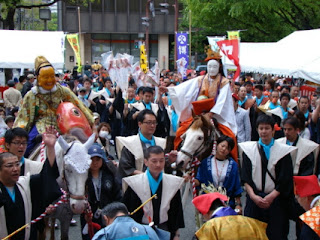 Ebisu(恵比須) - one of the gods of Good Luck