The procession consists of the following characters and others. 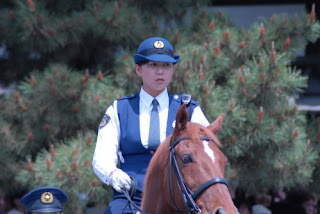 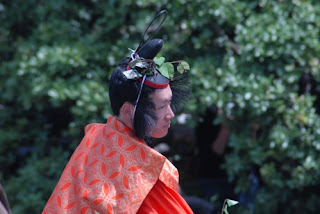 Norijiri(乗尻) on horseback are six members of the Kamo family. They are the riders who galloped atop their horses at Kamigamo Shrine on May 5th. 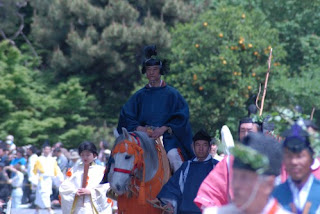 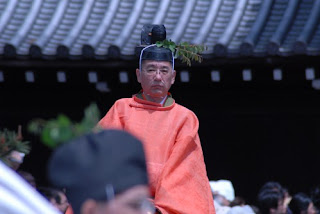 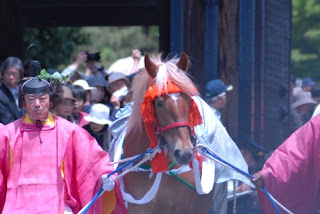 Ouma(御馬) are two horses to show gods. Norijiri ride these horses at the two shrines. 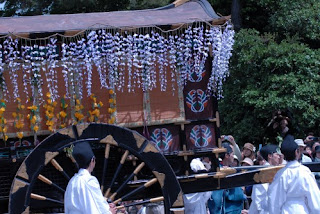 Gissha(牛車) is an oxcart decorated with wisteas. Oxen for Gissha are almost from Kyoto, but they include oxen from Okayama Prefecture in recent years. 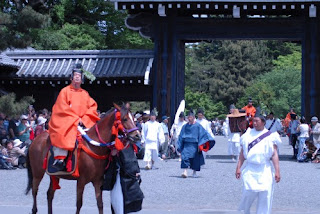 Maiudo(舞人) is a military officer. He dances at this festival. 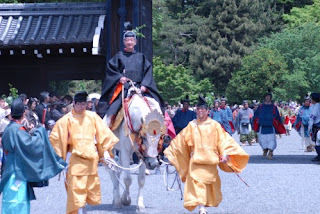 Chokushi(勅使) is an Imperial messenger, but a reliefer joins the procession now.
Actually, he is the main character at this festival. Chokushi is unspectacular but key appointment. 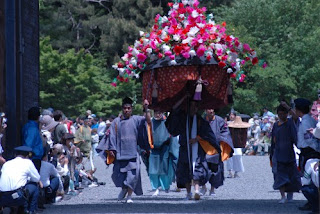 Huryukasa(風流傘) is a parasol decorated with artificial flowers such as peony flower and rabbit-ear iris. 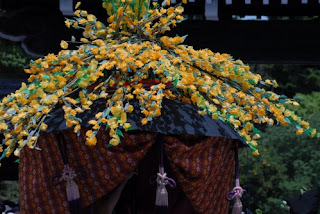 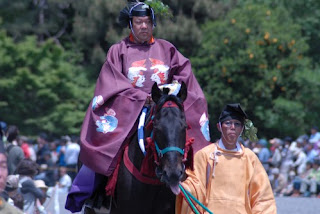 Baiju(陪従) is a military officer. he sings a song and play musical instruments at this festival. 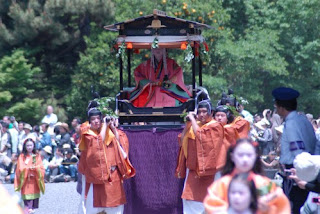 Saio-dai(斎王代) means a substitute for Saio(斎王). Saio was an unmarried female relative of the Japanese emperor and served gods. Now an ordinary woman associated with Kyoto is selected as Saio-dai.
Saio and ladies were added to the procession in 1956. 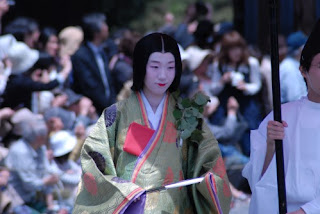 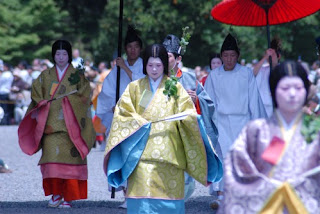 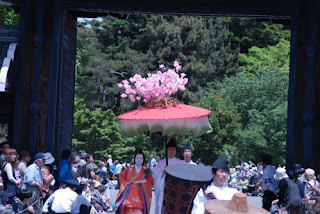 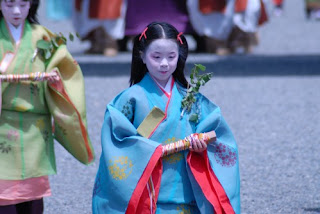 Menowarawa(女童) is a girl who serves Saio. 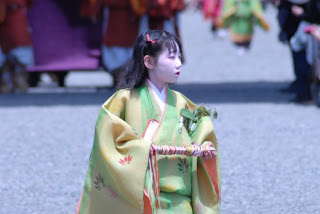 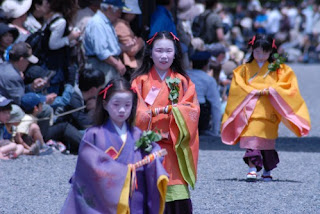 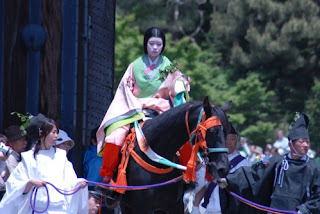 Munenori-onna(駒女) is a shrine maiden on horseback. 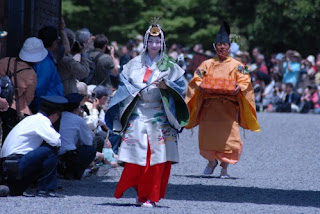 Originally, Uneme(采女) was a lady-in-waiting who set the table for emperors and empresses. Uneme came to be selected from among ladies-in-waiting on special occasions.

Photo by KYOTOdesign(Japanese version only)

Yase(八瀬) is located in Kyoto. People living in Yase are called Yase-doji(八瀬童子). They claimed descent from oni(demons).

After they carried Emperor Godaigo on a palanquin in 1336, they gained an official position as palanquin bearers for emperors. So they had been exempt from taxation and exacted service until 1945.

Yase-doji carried Emperor Meiji and Emperor Taisho on a palanquin at their funerals, but they attended as an observer at Emperor Showa's funeral.
Even now, about 90 people including children in Yase take part in the Aoi Festival every year.

You can see Mikage Matsuri(御蔭祭) at Shimogamo Shrine on the blog "京都を歩くアルバム"(Japanese version only).
投稿者 ichinen 時刻: 3:49 PM