A volcano named Shinmoe-dake (新燃岳) in Kyushu is erupting and volcanic ash is falling on a widespread area. There are many volcanoes in Japan and some of them often erupt. An old friend of mine who lived in Kagoshima of Kyushu said that volcanic ash of Sakura-jima(桜島) fell on Kagoshima City in summer.

Many areas in Japan is experiencing heavy snowfall this winter.
Houses can't bear the weight of a heavy layer of snow if people get the snow off them. There have been more accidents during snow removal.

H5N1 avian flu outbreak has been confirmed in several areas in Japan. It's thought that the wild birds are carrying the virus.
The infected birds include Hooded cranes(鍋鶴, nabe-zuru), White-naped cranes(真鶴, mana-zuru) and Whooper swans.

Nearly 90 percent of Hooded cranes and nearly 50 percent of White-naped cranes overwinter at Izumi in Kyusu of Japan. Both of them are designated as an endangered species, so there is concern about decreasing populations of them. 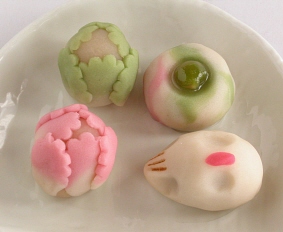 This is a Red-crowned crane(丹頂鶴, tancho-zuru) that is known as a symbol of luck and longevity. A flock of them is resident in Hokkaido.