Summer vacation and the Bon festival 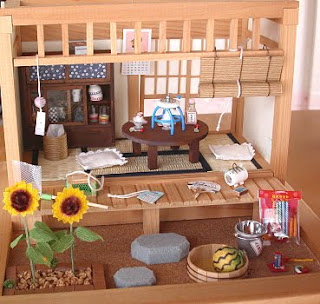 I tend to be in poor health because of the use of air conditioners, so I sleep without the air conditioner on. I can't get to sleep from consecutive hot summer nights.

The month of August is summer vacation and is also the month for the dead in Japan.
The Bon festival is a Buddhist festival held from August 13th to 16th. In many areas, the festival is held according to the lunar calendar. The souls of the dead are believed to return to their families during the festival. 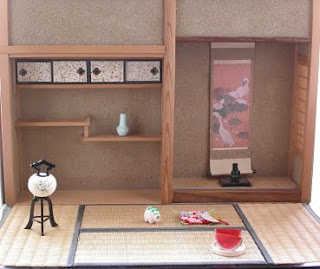 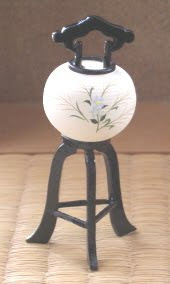 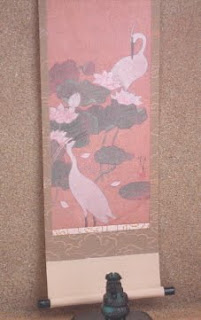 Hanging scroll with a painting of lotuses and waterfowls is placed in the alcove.
We associate lotus with Buddhism. We can see lotuses planted in the soil of the pond at Many Buddhist temples. Lotus is also reagarded as a symbol of purity because it produces beautiful flowers in spite of growing from mud.

Many companies offer fans(団扇, uchiwa) as an advertising medium, displaying company names and product names on them. 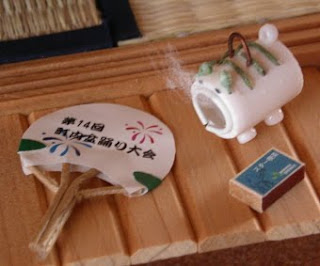 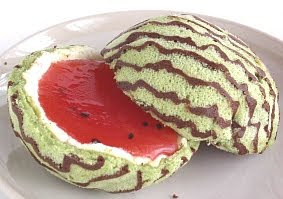 My grandmother used to chill the watermelon in well water.
This is a watermelon-shaped confection. Its red flesh is made of yokan(hard bean paste jelly). 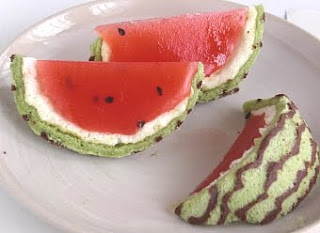 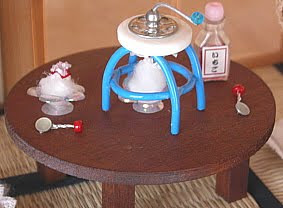 Kakigouri(かき氷) is a Japanese dessert made from shaved ice flavored with syrup. When I was a child, I made it with a household snow cone maker.
Sei Shonagon (清少納言, c.966-1017) referred to shaved ice with boiled down ivy sap in the metallic bowl as sophisticated taste in her book, "The Pillow Book (枕草子, makura no soushi)". 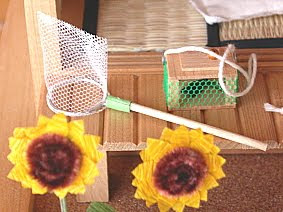 Most boys are fond of catching beetles or stag beetles, but urban boys have few chances to catch them. So we can buy their larvae and adults to raise them at pet shops or Internet shopping sites.

Himawari(向日葵:sunflower) is a typical summer flower even in Japan. 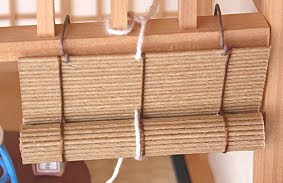 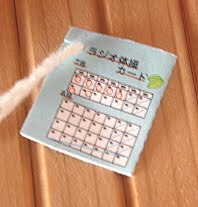 Radio taisou(ラジオ体操:radio physical exercises)
It was first broadcast on NHK radio in 1928. The exercises are designed to improve people's strength and health.
Students practice exercise to the music on the radio in parks or squares early morning during summer vacation. After the exercises, they get stamp marks for their attendance on the cards. 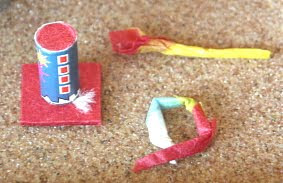 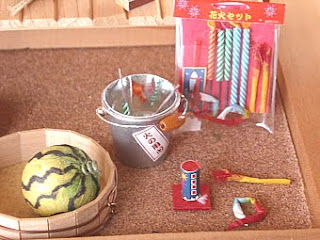