The third Monday of July is Marine Day (Ocean Day or Sea Day,海の日).Marine Memorial Day became a national holiday called Marine Day in 1996. It's the day to thank the sea for its blessings. There is no traditional events on the day. 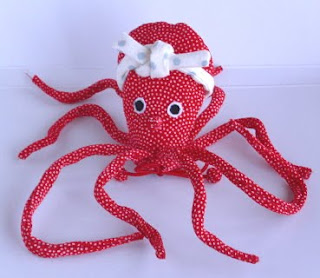 たこ袋 制作/仲上右子
"drawstring pouch in the shape of an octopus"

A German octopus has recently been featured in the news.
The pouch in the shape of an octopus appeared in the book which was published in 1912. We have an image of octopus as a red humorous character wearing a towel around its head. 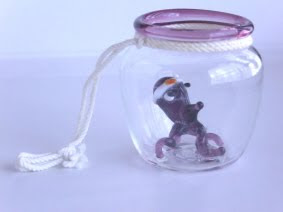 In some areas, there is a custom of eating octopus on the day called Hangesyou(半夏生), around July 2nd.
We rarely eat octopus raw, and don't eat living one in Japan. We use boiled octopus when cooking. We often eat octopus dumplings or vinegared dishes including boiled octopus.
I like to eat tako-ten(octopus tempura, deep fried octopus in batter ) with mayonnaise. 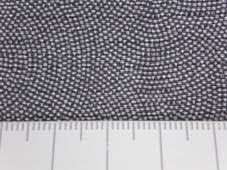 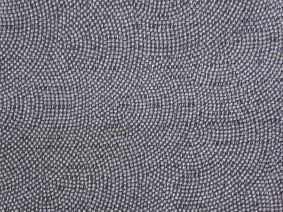 Same-komon(鮫小紋)
Same(鮫) means shark. Kommon are fabrics dyed by cut paper stencils which have fine patterns. It's called same-komon from its resemblance to shark skin. From a little distance, this pattern looks unpatterned.
The pattern was used for formal wear of the samurai class. Only Kisyu-ke, which was one of three branch families of Tokugawa Shogun, was able to use the finest pattern of same-komon.
Fabrics which have 400 dots within a radius of two centimeters are regarded as top quality products of same-komon. 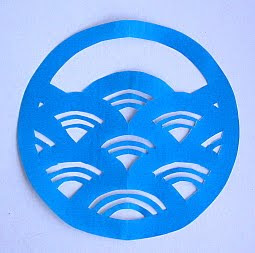 Seigaiha(青海波) is a traditional pattern, which was named after a costume that was used in the dance named seigaiha. Hikaru Genji performs that dance in "The Tale of Genji", and even now we can see that dance in the gagaku performance. Gagaku(雅楽) is Japanese traditional music and dance.
投稿者 ichinen 時刻: 11:06 PM