The Iriya Morning Glory Fair is held on the grounds of Iriya Kishimojin(入谷鬼子母神) at Taito City in Tokyo from July 6th to 8th. Originally, morning glory seeds were highly prized as Chinese herbal medicines. In the Edo Period, morning glories came to be cultivated as an ornamental plant. Iriya was richly cultivated with the flowers, and many new varieties of them were created.
In the Meiji Period, morning glory fairs were held there.
Although their cultivation disappeared from the area temporarily, the fair was restored after World War II.

"Asagao(朝顔)" is Japanese for "morning glory."
Kengyu-ka(牽牛花) is another name for it. Kengyu(牽牛) means a cowherd. The dates of the fair is based on a Chinese legend that the Cowherd Star(Altair) and the Weaver Star(Vega) can meet once a year on the night of July 7th.

Iriya Kishimojin was founded in 1659 and worships Kishimojin as a Buddhist goddess for easy delivery and child rearing. Originally, Kishimojin was a fierce goddess who abducted and ate the children of others even though she absolutely doted on her 100 children. Buddha made her experience the grief of the bereaved mothers by hiding her youngest child and made her embrace Buddhism.

朝顔に 釣瓶とられて もらひ水(加賀千代女)
"I tried to draw water from a well in the early morning, but a morning glory vine has locked its well rope. I couldn't bear to cut its vine to draw water, so I asked a neighbor to share her water", written by Kaga no Chiyojo(1703-1775）

朝がほや 一輪深き 淵のいろ(与謝野蕪村)
"A deep blue morning glory is moist with the morning dew, it reminds me of a deep pool", written by Yosa Buson(1716-1784) 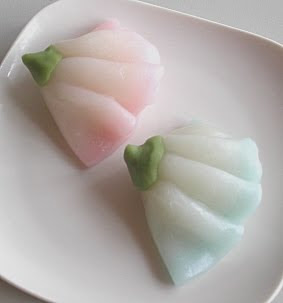 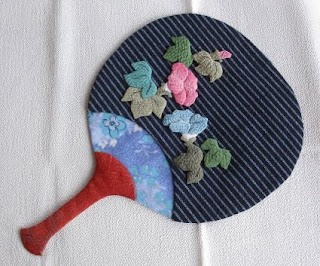