the day of the ox in mid-summer

Today is the day of the ox during the period called Doyo(土用). The last 18 days of each season are referred to as Doyo.

The beginning day of Doyo was July 20th this year. On the day, there is a custom of eating Doyo-mochi(土用餅) in Kyoto and Kanazawa.
Nobles of the Imperial Court used to eat miso soup with rice dumplings to beat the summer heat. In the middle of the Edo Period, people came to eat rice cake covered with adzuki bean paste on the first day of Doyo. 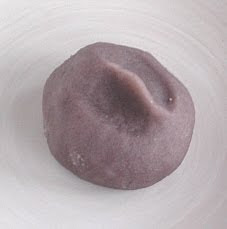 
People eat broiled eel on the day of the ox in mid-summer to recover from fatigue.
It is said that Hiraga Gennai (平賀 源内, 1729–1779) projected the advertising copy that eating eel helps to beat the summer heat at the request of an eel shopkeeper who had been suffering poor sales of eel in summer.

I found the following waka poem.

Hiraga Gennai was a Japanese pharmacologist, student of Western studies, physician, author, painter and inventor in the Edo Period. He also wrote bunraku plays under the name of Fukuuchi Kigai(福内鬼外).
Shinrei Yaguchi no Watashi(神霊矢口渡), one of his plays, was premiered in 1770 as a bunraku play and is still performed nowadays. In this story, a ferryman's daughter sacrifices herself for the man she loves although she know he has a steady partner.
投稿者 ichinen 時刻: 11:50 PM