Yokohama opened its ports to the world on June 2nd in 1859.
This day is a holiday for municipal school students, but prefectural school students in Yokohama go to school as usual on this day.

The areas around the port of Yokohama is popular tourist spots.﻿ 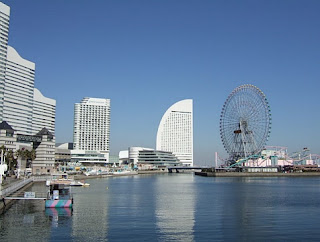 Recently, Minatomirai(みなとみらい) area among the areas gets an invasion of young tourists including students on school excursion. The area is also popular as a place for young couples to date. 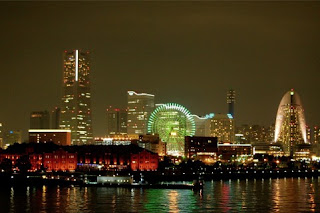 Many buildings including hotels, a concert hall and the Ferris wheel were built on the site of a building dockyard belonging to Mitsubishi Heavy Industries.
Meanwhile, the number of visitors dwindles in other areas recently.

These spots are not illuminated to save electricity now. 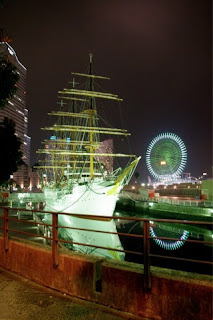 Sailng ship Nippon-maru(日本丸) was used as a training ship for cadets from 1930 to 1984. The ship was moored near the Landmark Tower and opened to the public in 1985. You can see the ship in full sail about 10 times a year. 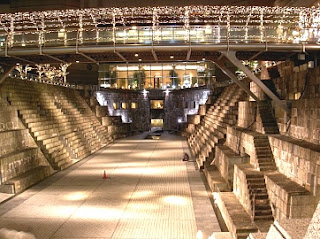 The former dockyard in front of the Landmark Tower is used mainly as a concert venue now.

Yokohama Museum of Art in Minatomirai has the art works after the latter half of the 19th century and the works associated with Yokohama in the end of Edo Period and the Meiji Period.

Since I met the woodblock prints of Kobayashi Kiyochika(小林清親, 1847-1915) at this museum, he has been one of my favorite artists. Althouh he was treated as a ukiyo-e painter, He named his prints "Kosen-ga(光線画)".

You can see his works on the blog "Watashi-iro no Tokyo-meisyo-zue(わたし彩の東京名所図会)" by Tadahisa Nishio(西尾忠久) who is a Japanese writer and advertising copywriter.