I got tired today.

We traditionally eat toshikoshi soba(年越し蕎麦:year-end buckwheat noodles) on New Year's Eve. This custom was already common by the middle of the Edo period, but its origin is unclear. Deep-fried shrimps for toshikoshi soba are also sold now.

These are confections containing buckwheat flour. 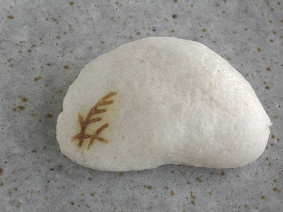 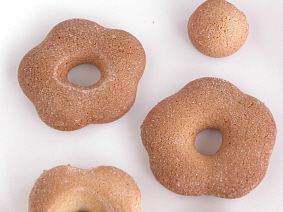 The name bolo is derived from the Portuguese word "bolo" meaning a cake. Soba bolo is a cookie containing buckwheat flour.


Visitors or monks ring the bell at Buddhist temples to remove the 108 worldly desires which humans have at the night of New Year's Eve. It's called Joya no Kane(除夜の鐘). They do it 107 times at the night and just one time after midnight on January 1st.
I can hear the bell ringing near my house.

NHK broadcasts its Year-end Grand Song Festival(紅白歌合戦, Kouhaku Utagassen) every year on New Year's Eve. It is held as a counterbalancing struggle and dates back to 1951. It started at 7:30 p.m. and ended at 11:45 p.m. this year.
This program has received audience ratings of around 80 percent, but viewer ratings have dropped to around 40 percent or lower now. Singers of various ages and genres take part in this festival.