Chinese lantern plant Fair is held on the grounds of Sensou-ji temple(浅草寺) at Taito City in Tokyo on July 9th and 10th.

Ajthough Atago Shrine(愛宕神社) in Minato Ward of Tokyo is the birthplace of chinese lantern plant fair, Sensou-ji's fair outdo the fame of Atago Shrine's now. The fair is held on June 23th and 24th at Atago Shrine.

July 10th was Sennichi-Mairi(千日参り), which was one of the days believed to have a special relation with Kannon. It was believed to receive 1,000 day's worth of blessings of Kannon by visiting the temple on this day.

Sennichi-Mairi came to be called Shiman-Rokusen-Nichi(四万六千日,46,000 days) at Sensou-ji in the first half of the 18th century. 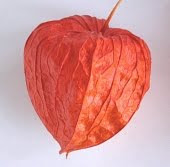 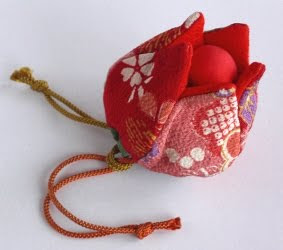 Only leaf veins and a orange fruit remain by being soaked in water for a few days. This is used at Japanese flower arrangement or as an ornament.
投稿者 ichinen 時刻: 10:53 PM