Now that the rainy season is drawing to a close, heavy rain is battering some regions. They are suffering major losses because of flooded river or mudslides due to heavy rain.

These confections are unrelated to The Bon festival. 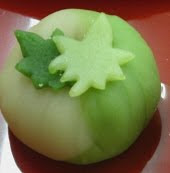 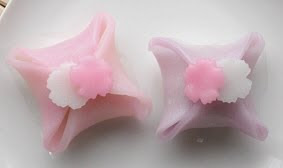 Nadeshiko(撫子:Dianthus superbus, Large Pink):
nadeshiko is famous as one of seven autumn flowers, but it's blooming from June to September. 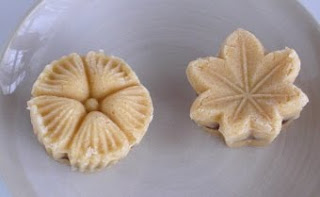 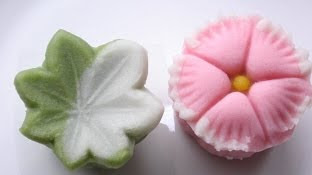 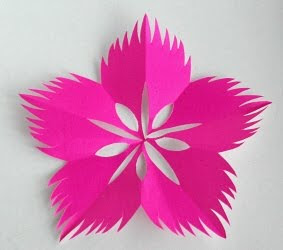 nadeshiko(なでしこ)
a design of nadeshiko