After hitting the islands of Okinawa and Amami, the season's 17th typhoon(Jelawat) headed northeast along Japan's Pacific Ocean coastline and made landfall in Aichi Prefecture. High temperatures was 29 degrees Celsius in Yokohama.

September 30th corresponds to the 15th day of the 8th month in the lunar calendar this year. Moon Viewing is held on this day.
Moon viewing events were staged across Japan on the night of September 30th, but some of them were cancelled due to the typhoon. Many people couldn't see the harvest moon. 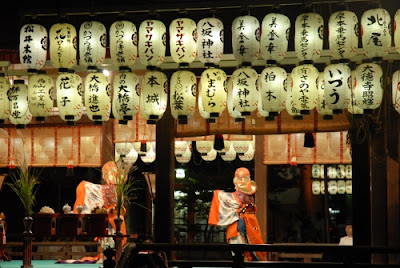 Kangetsusai at the Yasaka Shrine(八坂神社), Kyoto was held on the 30th.

It includes court music and dance, performances of koto and Japanese drums. 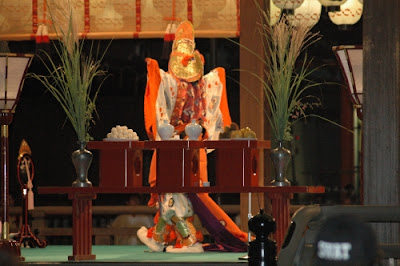 
﻿﻿﻿﻿
﻿﻿﻿﻿
Daikakuji Meigetsu Kangensai was held in Daikakuji Temple(大覚寺)and Osawaike Pond(大沢池) Area, Kyoto from the 28th to 30th . Visitors can enjoy the moon-viewing on pleasure boats with dragon head and imaginary bird head.


﻿
﻿
Takasago Shrine(高砂神社) in  Hyogo Prefecture holds Noh performance by moonlight.
The shrine is the birthplace of "Takasago", which is a noh play to celebrates the harmony and longevity of married couples. 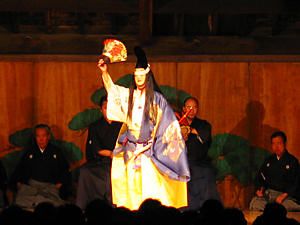 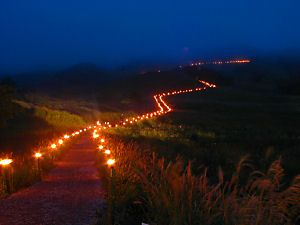 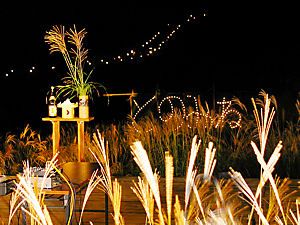 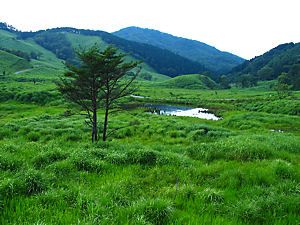 This plateau  was used as a location for the movie "Norwegian Wood" by Tran Anh Hung. 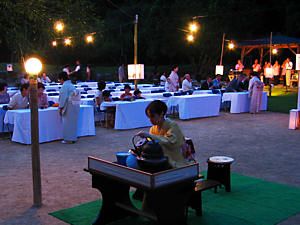 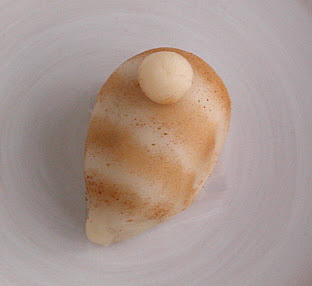 A confection in the shape of a taro.
Taros are also moon-offerings.

Mukojima Hyakkaen Moon Viewing is being held from September 29th to October 1st. An antiques dealer open Mokojima Hyakkaen Garden, Tokyo during the period from 1804 to 1830. He planted ume trees  at first. Later, flowers and shrubs found in classical Chinese and Japanese literature were planted.

The custom of moon viewing comes from the Chinese Mid-Autumn Festival. So the festival is being held in Kobe Nankinmachi chinatown on 29th and 30th, in Nagasaki Shinchi Chinatown from September 27th to October 1st.
(Unfortunately, Kobe chinatown's events on the 30th were cancelled due to the thphoon.)
The festival includes lion dance, dragon dance and several attractions. In Nagasaki Shinchi Chinatown, 1000 yellow lanterns welcome visitors.

In Yokohama China Town, the celebration of China's National Day is being held on September 30th and October 1st.  At a hotel, a giant mooncake (1 Meter in diameter) to celebrate the Chinese Mid-Autumn Festival was into 300 pieces and they were given to the first 300 guests. A banquet with 300 guests was held at a Chinese restaurant.These chinatowns are crowded with visitors as usual although the number of Chinese tourists has dropped significantly.