October 27th is Jusanya(十三夜), which means the night or the moon on the 13th day of the 9th month in the lunar calendar. Along with Jugoya(十五夜), people enjoyed the moon viewing at Jusanya. Unlike Jugoya, this event is unique to Japan. Although it's not as popular as Jugoya, many events including open-air tea ceremonies and gagaku(ancient Japanese court dance and music) performances are held across Japan on this day. 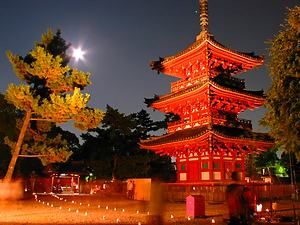 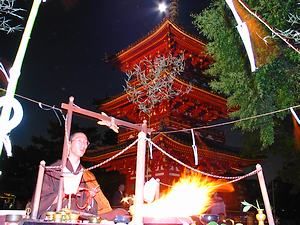 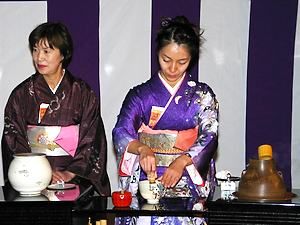 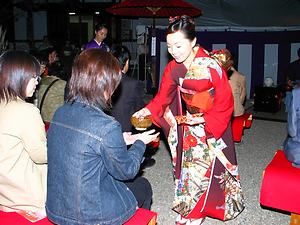 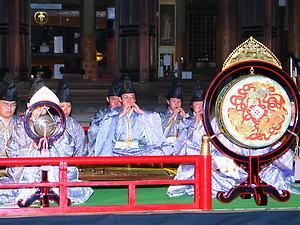 Performers change from year to year. A string quartet gave a performance this year. Syomyo(the chanting of Buddhist hymns) was performed last year. Gagaku was performed in 2006. 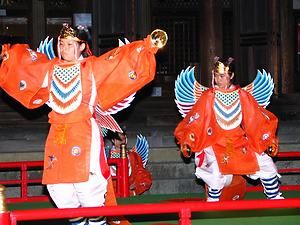 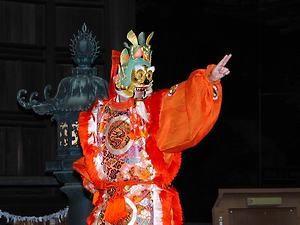