Castle in the Sky

Many flowers are late in blooming this autumn because of the hot weather in September. Spider lilies are in full bloom in my town. Sweet osmanthus finally started blooming.

We eat Pacific sauries broiled with salt and rice cooked with chestnuts in autumn.
Pacific sauries come down from Hokkaido to Sanriku(Tohoku) in autumn, but they stay in Hokkaido due to this year's unusually high water temperatures. It also causes a poor salmon catch and a record catch of mackerel in Hokkaido.
I cooked chestnut rice last week. It takes a lot of effort to remove astringent skins from the Japanese chestnut.

Takeda Castle Ruins in Asago City, Hyogo Prefecture looked like an island floating on the sea of clouds on the 13th. It's called "the Castle in the Sky." In this area, a sea of clouds emerges in the morning in bright sunny early morning between autumn and winter.
This place was used as a location for the movie "Kagemusha" by Akira Kurosawa. 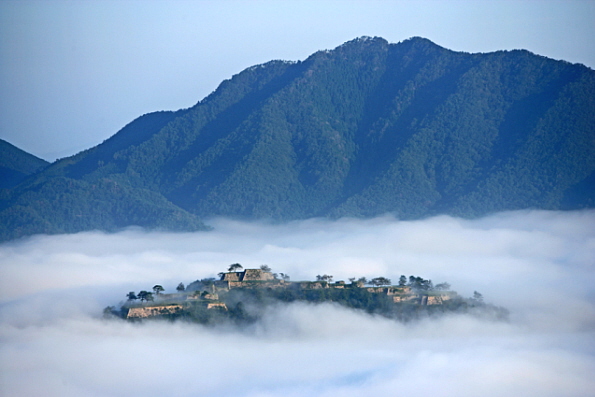 Takeda Castle was constructed in the early 15th century. It is thought to have become its present form around 1600. However, the castle was deserted after the last lord of the castle committed harakiri. Only its stone walls still exists today. 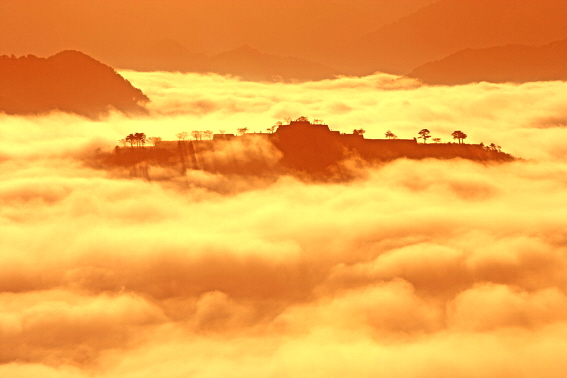 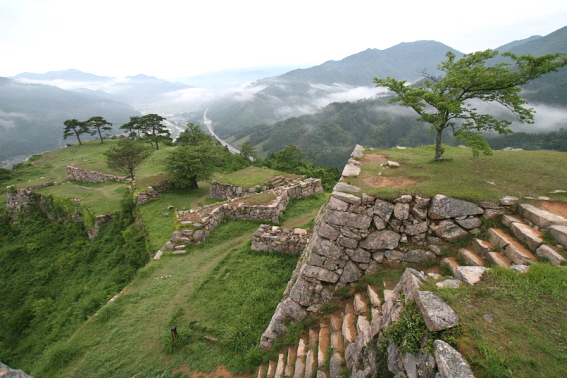 It is thought that Ano-shu Guild (groups of stonemasons) built its stone wall by Ano Zumi(穴太積)  which is an old method of building robust stone walls. They piled up mostly unprocessed natural stones without using joint sealer. Stone walls built using the method spread their weight and are well drained, so they tends not to collapse. The method looks so easy but requires proficient skills. So some methods using processed stones later became popular. 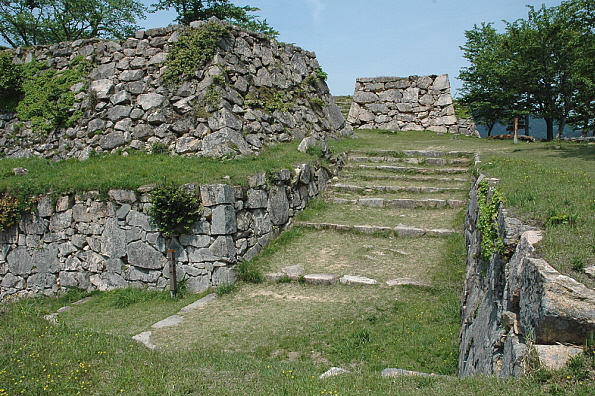 Ano Zumi is passed on from generation to generation, the 15th-generation Ano-shu stonemason runs a building company now. His company contracted to build a stone wall using the method along a section of the Tokai Nature Trail in Shiga Prefecture in 2004. In advance of the adoption of the method, a concrete block wall and a stone wall by Ano Zumi were tested for pressure. The stone wall was deformed but not collapsed. The concrete block wall was of lesser intensity than it.