﻿﻿﻿
Ume blossoms in Tokyo and Kawazu-zakura(河津桜,Prunus lannesiana Wils. cv. Kawazu-zakura) have come into full bloom after a delay of three weeks. Kawazu-zakura is an early blooming variety of wild cherry trees in Kwazu, Shizuoka Prefecture.

Unfortunately, hay fever season is at its peak now.
During the season, I have to take allergy pills and can't go out without wearing a disposable mask. I remembered that a foreign media said last year we were wearing masks to protect ourselves against nuclear radiation.
﻿
The 1261th Shuni-e(修二会) was held at Nigatsu-do hall of Todaiji temple in Nara Prefecture from March 1st through the 14th. It's an annual ritual and commonly known as Omizutori(お水取り). Its preparation started on February 20th.

The ritual has never been canceled since monks at the temple started it to repent of their sins in 752.


﻿
Now 11 appointed monks pray for world peace and prosperity each day during the ritual.

﻿
﻿﻿
From about 6:30 p.m. to 8:00 p.m., monks run along the hall's balcony, carrying huge burning torches every day from March 1st to 14th.  It is believed that exposure to the falling sparks brings health or happiness. People gather around the hall.

Monks draw water to be offered to the Kannon from a special sacred well underneath the hall around 2 a.m. on the 13th.

﻿
The monks wear kamiko (the paper garments for wearing only on Shuni-e)  made of Shiroishi-washi(白石和紙) which means Japanese paper made in Shiroishi City in Miyagi Prefecture. 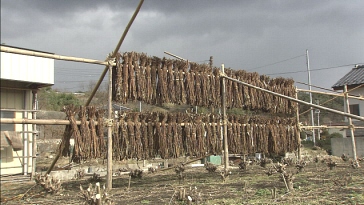 The bark of kouzo, a material of Japanese paper, are dried in the sun in Shiroishi. 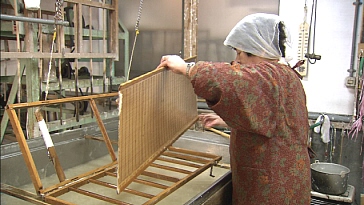 ﻿Kasuga-sai(春日祭) is a festival to held at kasuga Taisha Shrine(春日大社) on March 13th. It is said the festival started in 849.
Imperial messenger visited the shrine to pray for the peace and security of the nation and the prosperity of the people. Visitors can see the procession of Imperial messenger in historical costumes the only at the approach and are not allowed to enter the main shrine.
投稿者 ichinen 時刻: 10:26 PM