The Doll's Festival originated from the custom of floating katashiro(a small human-shaped sheet of paper) in rivers or the sea after transferring one's impurity to it by rubbing oneself with it. The custom is called nagashi bina. Even now this event is held in many areas.

Hina-nagashi(雛流し) is held at Awashima Jinja Shrine(淡嶋神社) in Wakayama Prefecture on March 3rd. Women float some small boats loaded with hina dolls down the sea. People say that those dolls are recovered and disposed because of environmental protection. Three boats loaded with about 600 hina dolls were floated this year.

Tachi-bina is thought to be a variation of katashiro.

The emperor and empress dolls were placed in the imperial palace-like mansion modeled after an emperor's palace, and the three court ladies and the five musicians were displayed on the stairs or the garden in front of the two dolls.This tradition was often seen in some parts of the Kansai region including Kyoto until around 1960.
﻿ 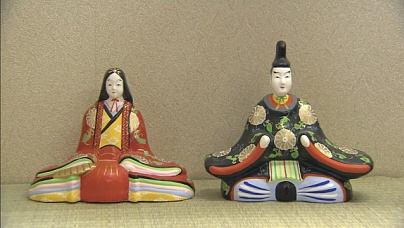 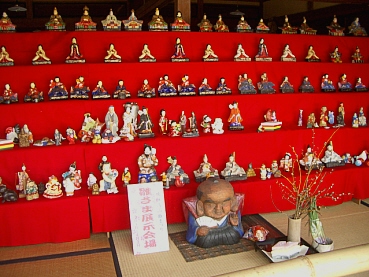 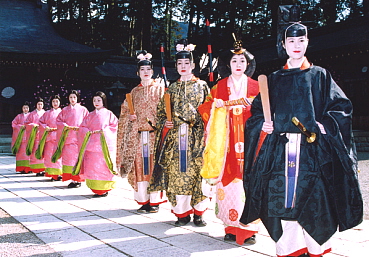