In Kanto Region including Tokyo and Yokohama, the rainy season started 12 days earlier than usual today. The season's 2nd typhoon is approaching. 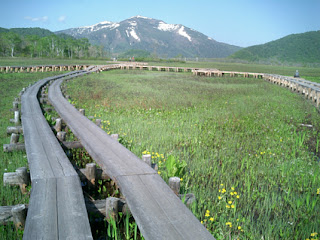 The season for Oze Marsh climbing started on May 24th.
Oze Marsh straddles Fukushima, Niigata, Tochigi and Gunma prefectures. Oze(尾瀬) has been designated national park. The marsh is 6km long, the 2km wide and 372 km² in area. 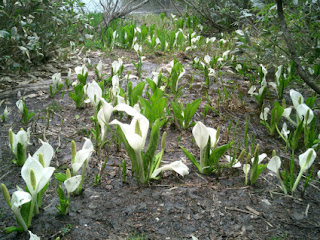 The marsh is famous for clustered Asian skunk cabbage(水芭蕉, mizubasho). A song named "the memory of summer" turned the marsh with mizubasho into a famous spot. The flowers start to bloom at the end of May. 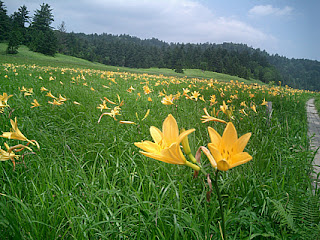 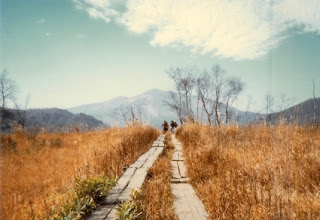 I've been to Oze in late October. I heard the autumn leaves in Oze were beautiful, but the foliage season was over there. 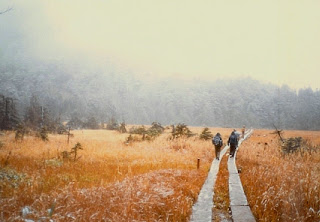 While we were walking, it snowed and the wooden boardwalk became slippery. You need hiking boots to visit Oze. 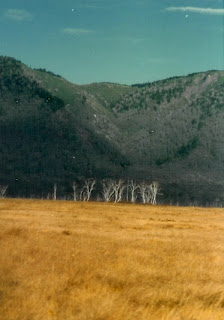 We saw a lodge being surrounded with boards to protect the lodge against heavy snow. Even now most lodges are closed between the end of October and the end of April. One of my old colleagues was almost stranded in Oze in winter although less people go to Oze during winter. 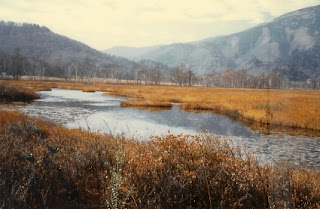 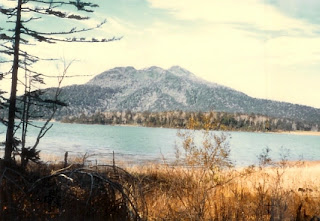 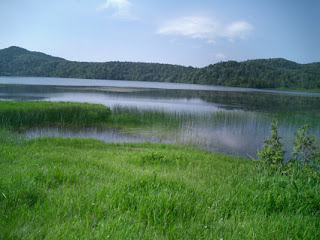 Now Tokyo Electric Power Company (TEPCO) owns about 160 km² of land in the park and has handed out about 200 million yen every year in the improvement of its environment.
Some fear TEPCO will sell its land to pay reparations for the nuclear accident in Fukushima. For now, its land will not be sold. 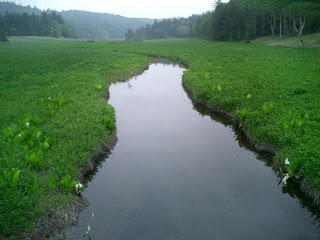 The relationship between Oze and TEPCO is complex.
The forerunner of TEPCO got the water right in Oze to build a hydroelectric dam in 1921.
Chozo Hirano(平野長蔵) decided to move permanently to his lodge in Oze Marsh to block its project and conducted a crusade against it. After his death, his son took over his father's role.
The project was frozen in 1966 due to the opposition movement and interregional conflict of interest concerning water rights.  The company resigned its water rights in 1996. 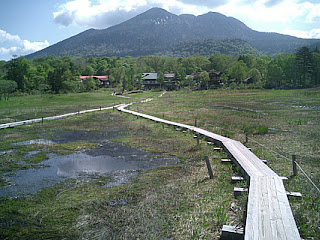 There was a proposed plan to build a sightseeing road to Oze in the 1960s.
His grandson made a direct plea to the then Minister for Environment shortly after the start of construction on the road in July in 1971.
The government decided to discontinue the construction in November of the same year.
On December 1st of the same year, his grandson was stranded during his descent from Oze after winter preparation for his lodge.