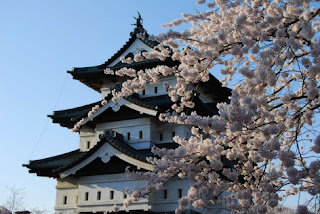 Hirosaki Cherry Blossom Festival is being held at the Hirosaki Park from April 23rd to May 5th. The cherry blossoms are late blooming this year, so its period will be extended for three days. 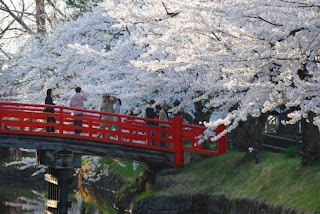 Hirosaki Park includes Hirosaki Castle constructed in 1611 and its grounds. Hirosaki belongs to Aomori Prefecture that includes some tsunami-hit regions such as Hachinohe City. Even so, Hirosaki decided to hold this festival. 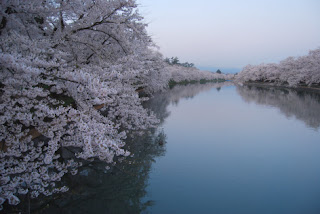 I've been to the festival, but the blossoms have passed a peak.

These pictures were taken in 2008 and 2009.
photo by 「青い森の写真館」(Japanese version only) 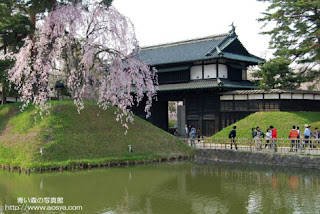 In Aomori, cherry blossoms, ume and daffodils come into bloom all together.

I heard from the provider of these photos. An acquaintance of his,  a disaster victim said, "I want to soak in a bathtub and have a good night's sleep. Of course, I know, I'm asking too much."
投稿者 ichinen 時刻: 1:45 AM