Last week, I had lunch at a Japanese restaurant that a former classmate at Japanese confectionery making class works for. 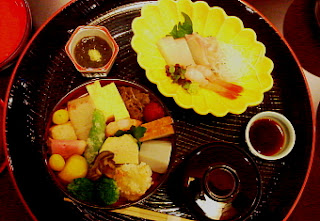 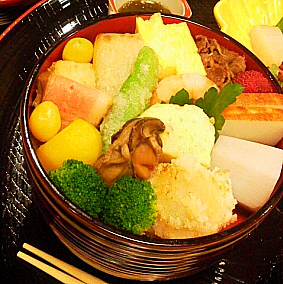 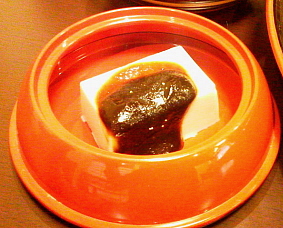 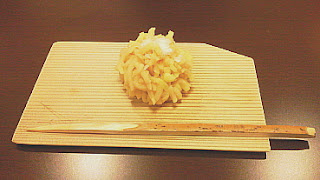 She served us a confection named Hatsushimo(初霜: the first frost of the season) on a Japanese cedar plate with a wooden fork and a bowl of matcha tea. She usually makes confections for lunch. 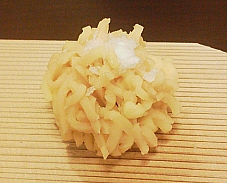 We have the first frost of the season in Tokyo around mid-December. 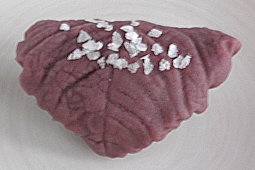 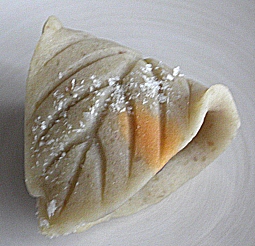 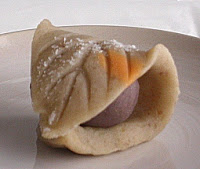