We eat o-hagi(or botamochi) at Higan in spring and autumn. It's called ohagi in the season for hagi(萩:Lespedeza or Japanese bush clover). 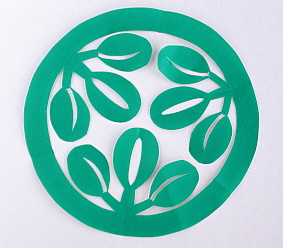 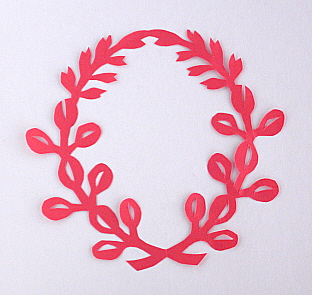 The Japanese bush clovers in Sendai(仙台) are now at their peak.

We associate Sendai with Date Masamune (伊達 政宗,1567-1636), who was a fearsome warlord during the Warring States period and the early Edo period. He was also called dokuganryu(独眼竜,one-eyed dragon) because of loss of the right eye due to smallpox.
He was the first lord of the Sendai Domain and formed the basis of today's Sendai City in Miyagi Prefecture.

"Meiboku Sendai Hagi(伽羅先代萩)" is a kabuki or bunraku play based on the internal strife in the Sendai Domain between 1660 and 1671. It was premiered as a kabuki play in 1777 and as a bunraku play in 1785.

However, the domain were mired in confusion because there was internal strife. A chief retainer and one of his granduncles strove to build a centralized governance structure, and some members of the Date clan strove to maintain the decentralization of power. The domain was divided into two factions by infighting over policy differences.

Only people belonging to the faction of the lord's granduncle were punished. All the men of the chief retainer's family including infants, adopted child to other homes were forced to commit suicide. The lord escaped punishment due to his tender age.


The highlight of this play is the suffering of Masaoka(政岡) who is torn between love for her child and loyalty to her lord.
Masaoka is the wet nurse of her young lord. Her little son also serves the lord. She prevents her lord from eating served meals for fear of poisoning and boiled rice with utensils for tea cerremony.

She is a mother but the guardian of her lord. Her lord is a child but the lord of the domain. His son is a child but a retainer. While she praises her lord, she gets toughs with her son.

Then, his son obeys his mother's instructions. He comes running up to the confections, and he eats them.  One of the wives stabs his son suffering from poison with a dagger on plea of terrible discourtesy to avoid detection. Masaoka desperately tries to stay calm without getting upset.
When being left alone there, she displays her grief in the face of her dead son.

We can't understand her. But kabuki actors and bunraku puppeteers say that Masaoka is a challenging role.

Female servants of warrior families are allowed to return home during the Doll's Festival. This play used to be performed for them in the 3rd month.

The name of the chief retainer is Harada Kai(原田甲斐), who is named Nikki Danjou (仁木弾正) in the play. He gets categorized as a devil in the play, but there are strong doubts about whether Harada Kai who endeared him to many people was a villain.

Many people gather from the covenant that there were complicated circumstances behind the incident.
投稿者 ichinen 時刻: 1:26 AM