Dezome-shiki(The New Year parade of fire brigades) was held by fire fighting officials across Japan yesterday morning. It is an event of the first work day of the new year.
It began in the Edo Period. At that time, fire department was composed of volunteers who were full-time scaffolding men. A firefighter was attractive to women by his courageous act.There was a famous firefighter who unified 3,000 followers and was asked to guard important persons of the Edo Shogunate.you can see modern firefighting demonstration and traditional firefighter's acrobatic performance on a ladder in it. 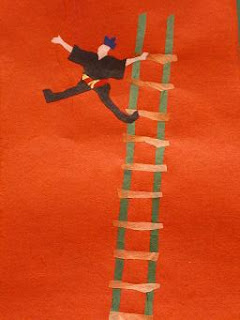 I cut out the parts of 'firefighter on a ladder' and pasted over it on a sheet of paper with washi(Japanese paper).


七草粥(Nanakusagayu)
In China, there is a custom of eating vegetable soup to pray for good health on January 7th each year.After its introduction into Japan, there has become a custom of eating Nanakusagayu, or soft-boiled rice that includes seven kinds of spring herbs on January 7th.
It may well be that those herbs come up on the seventh day of the first lunar month. On January 7th in the solar calendar, they don't, so that a pack of greenhouse-grown herbs sells for about 400 yen in a supermarket. But I can't buy it. 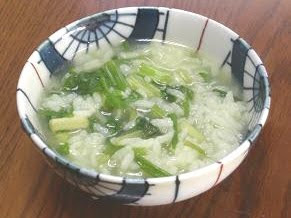 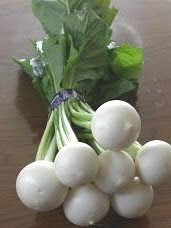