According to the Chinese zodiac, 2014 is the year of the Horse. Each of the 12 Chinese zodiac signs  is related to a characteristic animal.

The deity of the year bringing a good harvest goes down from the sky to New Year pine decorations.

During the New Year holidays, boys used to enjoy kite-flying or top-spinning. Girls used to enjoy Hanetsuki which is a game similar to badminton. It is played with a wooden battledore and a hard black seed with feathers like a shuttlecock.
It is said the play started to wish to protect children from mosquito bites at New Year's.

Mochibana(餅花) is a decoration made of small-cut rice cake or dango (sweet rice dumpling) on a branch of Japanese sumac, hackberry, or willow tree for New Year's Holidays.

Cranes and turtles are considered as a symbol of longevity.

We don't cook for three days so that 'the deity of the kichen range(竈の神様)' can take three days off. We prepare preservable New Year's dish.


Ready-made New Year's dishes including many untraditional ingredients are set in three-tiered boxes.


We eat soup containing vegetables and rice cakes for New Year's Day called ozoni(お雑煮). There are different varieties of zoni soups from region to region.

In Tottori Prefecture and Shimane Prefecture, it is common to eat zoni containing rice cakes and sweetened adzuki beans on the New Year's Day. 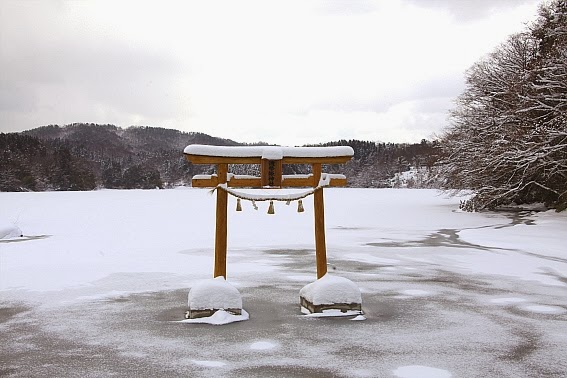