the day of the ox

We suffered from the summer heat a few days ago. It was very muggy while this season's sixth typhoon named Ma-on was moving slowly along Japan's Pacific Ocean coastline.
The temperature fell rapidly last night. We could sleep well after a long interval. It's very cool today.
Most schools has broken for the summer vacation.

Today is the day of the ox(丑の日) during the period called Doyo(土用). The last 18 days of each season are referred to as Doyo.
People eat grilled eel on the day of the ox in mid-summer to recover from fatigue. In Kanto Region, filleted eels are char-grilled after being steamed. In Kansai Region, filleted eels are only char-grilled. There is a style of eating eels called Hitsumabushi in Nagoya.

Basket clams(freshwater clam) are in season in summer and winter. They are called Doyo-shijimi(土用蜆) in summer. We often make basket cram miso soup.

A wind-bells bazaar is being held at Kawasaki Daishi(川崎大師), whose formal name is Heikenji Temple(平間寺), from July 17th to the 21st. 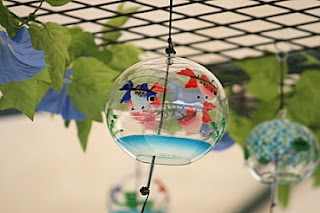 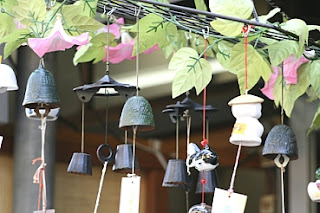 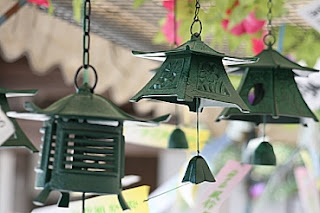